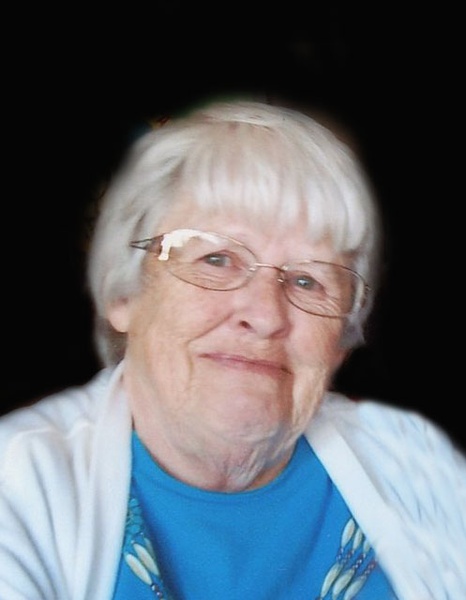 Memorial services for Ginger Hagen of Alberta, MN will be held Friday, August 11, 2017 at 10:30 a.m. at Trinity Lutheran Church in Alberta, with Reverend Tom Fangmeier and Minister Minette Stalheim Johnson officiating. Visitation will be one hour prior to services at the church. Burial will be in Frog Lake Cemetery, rural Alberta.

Ginger Renae Gjerde, daughter of Olaf and Garnet (Leslie) Gjerde, was born December 21, 1942 in New London, Minnesota. In her younger years, her family lived in Volin, South Dakota and Alberta, Minnesota, eventually moving back to New London, where she graduated high school. She was united in marriage to Dean Hagen on October 8, 1960. Through this union four children were born. The couple and their children lived in Minneapolis, Hatfield, Wisconsin, Brandon, Minnesota and Harmony, Minnesota, before settling in Alberta, Minnesota.

Ginger enjoyed many family gatherings with food, cards and games. Ginger especially enjoyed time spent with family playing euchre, pinochle with siblings, spending time with her mom and sisters and traveling with her sisters. She was also well known for her delicious caramel rolls, her love of Elvis and her regular coca-cola! Ginger's Memorial Folder
To order memorial trees or send flowers to the family in memory of Ginger Hagen, please visit our flower store.