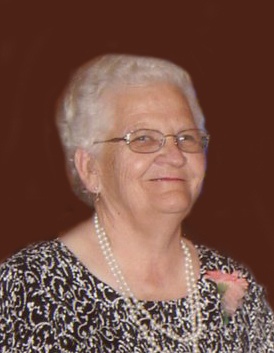 Funeral services for Gladys Eide, formerly of Cyrus, MN will be held Monday, October 24, 2016 at 11:00 a.m. at Trinity Lutheran Church in Cyrus, MN, with Reverend Chris Richards officiating. Visitation will be one hour prior to services at the church on Monday. Burial will be in Cyrus South Cemetery, rural Cyrus.

Gladys Laverne Eide, daughter of Syver and Edna (Sandvig) Mithun, was born March 6, 1935 in Cyrus, MN, where she was baptized on March 14, 1935 and confirmed on June 18, 1950 at Cyrus Lutheran Church. Gladys also attended school in Cyrus. In 1951, she was united in marriage to Joseph Benson. In the fall of 1952, Gladys became widowed, at the age of 17, with an infant son, when Joe was killed in an auto accident. On November 25, 1953, she was united in marriage to Lester Eide in Summit, South Dakota by Rev. Carl Ness. The couple lived in Cyrus and surrounding communities until 1971, when they moved to Milan, MN. From 1975 to 2007 they resided in Montevideo, MN.

Following Lester's death in 2007, Gladys moved to an apartment in Elbow Lake, MN. Sadly, Gladys was stricken with dementia and entered the Barrett Care Center in Barrett, MN in July of 2013, where she has continued to reside until the time of her death.

Gladys died on Thursday, October 20, 2016 at the Barrett Care Center in Barrett, MN. She lived to 81 years. Gladys L. Eide
To order memorial trees or send flowers to the family in memory of Gladys Eide, please visit our flower store.