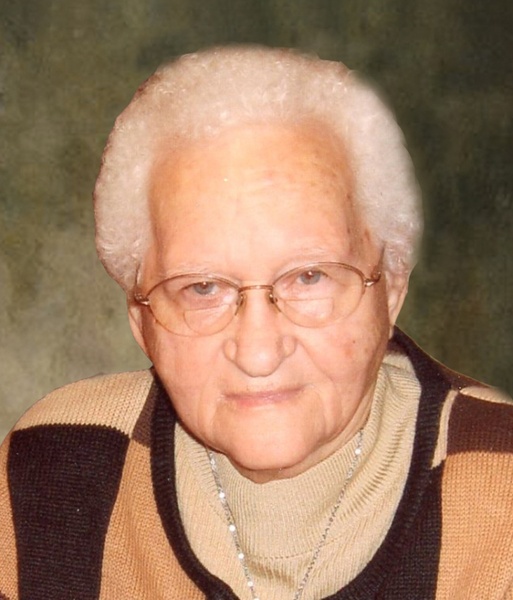 Funeral services for Grace Strommen of Starbuck, Minnesota will be Saturday, April 14, 2018 at 10:00 a.m. at the Minnewaska Lutheran Church in Starbuck. Visitation will be Friday from 4 to 7 p.m. at the Starbuck Funeral Home in Starbuck and one hour prior to the services at the church on Saturday. Burial will be in Lakeside Cemetery in Hancock, MN.

Grace Henrietta Kluver was born on August 4, 1926, in Raymond, Minnesota to Henry and Taliena (DeGrote) Kluver.  She moved with her family to the Alexandria, Minnesota area.  She was baptized and confirmed in the Lutheran Faith.  Grace attended rural county school in Alexandria until the 8th grade.  After her schooling, she began working at the Alexandria Creamery.  Grace met Ruben Gades at a local dance; the two began dating and were married in October of 1944 at Zion Lutheran Church in Alexandria.  They made their home on farms in Benson and Appleton, Minnesota, before purchasing their farm in Walden Township, southwest of Starbuck, Minnesota in 1951.  Grace stayed home and cared for their growing family and farm.  Ruben died in June of 1969.  She moved into Starbuck.  In March of 1973, Grace was united in marriage to Gordon Strommen at Minnewaska Lutheran Church in Starbuck; they made their home at numerous places in the Starbuck area.  Gordon preceded Grace in death in October of 2009. Grace continued to live in Starbuck.

Grace was a member of the Minnewaska Lutheran Church in Starbuck and the Starbuck VFW Auxiliary.   Grace enjoyed playing bingo and baking – especially: cake, cookies, breads and pies.  She also loved dancing and old time music, mostly, polkas and waltzes.  Grace was always smiling and always happy. Most importantly, she cherished the time she was able to spend with her children and grandchildren.

Grace passed away Sunday, April 8, 2018 surrounded by her family at the Glacial Ridge Hospital in Glenwood, Minnesota.  She was 91 years old.

Starbuck Funeral Home in Starbuck in is charge of arrangements for Grace.

To order memorial trees or send flowers to the family in memory of Grace Strommen, please visit our flower store.