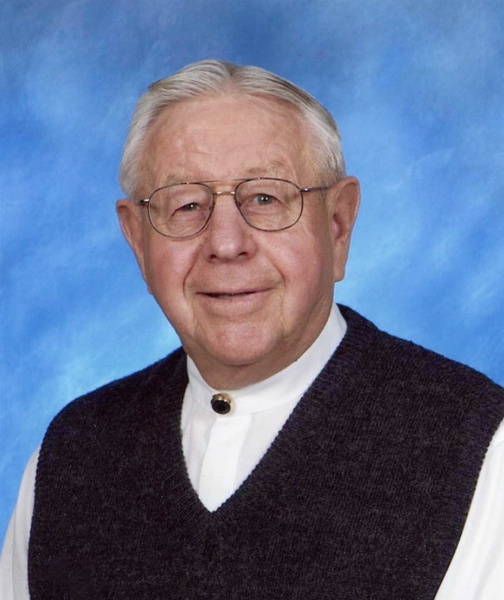 The funeral for Harold B. Anderson, of Morris, Minnesota will be held on Monday, June 13, 2016 at 10:30 a.m. at the Federated Church in Morris, with Reverend Lauren Snell officiating. Visitation will be Sunday, from 4 to 6 p.m. at the Pedersen Funeral Home in Morris and one hour prior to services at the church on Monday. Burial will be at the Summit Cemetery in Morris.

Harold Bernhardt Anderson, son of Howe and Martha (Carbert) Anderson was born on July 16, 1926 in Big Stone County, Minnesota. He attended country school in the Beardsley and Herman areas and graduated from Hancock High School. Harold continued his education for one year at the West Central School of Agriculture. He was united in marriage to JoAnn Redfield on October 13, 1951 at the Trinity Lutheran Church in Clinton, Minnesota. The couple moved to their family farm near Hancock, MN, where they farmed and raised their six children. Harold loved the country and his land.

Harold was a member of the Federated Church in Morris, where he was on several boards and committees. His volunteer mission trips to Monterey, Mexico were very rewarding ventures for him. Harold was a firm believer in the co-op system and served on boards for the Morris Co-op, Minnesota Association of Cooperatives, Production Credit and SCEIC when it started in Morris. Harold loved to travel and spent time in England, Norway, Mexico, Alaska, and went on agriculture tours to Brazil and Argentina. He enjoyed playing bridge and pinochle and cribbage with his grandchildren.

Harold will be remembered for the love of his children, grandchildren and great-grandchildren. He was a people person and made friends wherever he went.

Harold died on Thursday, June 9, 2016 in the Bemidji Hospital in Bemidji, Minnesota. He was 89 years old.

In lieu of flowers the family prefers memorials to Federated Church and the Courage Cottage in Morris. Harold B. Anderson
To order memorial trees or send flowers to the family in memory of Harold Anderson, please visit our flower store.