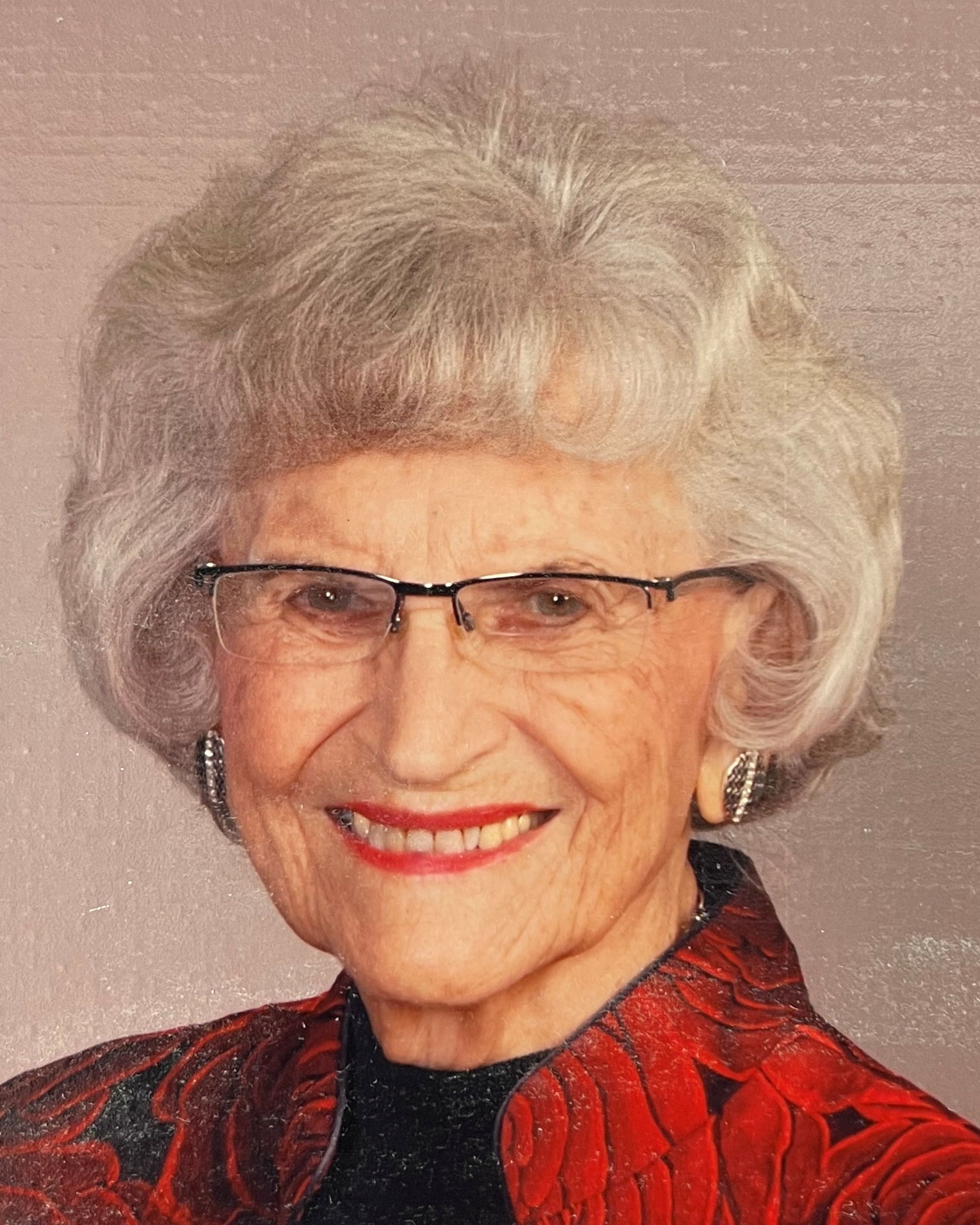 Funeral services for Harriet Stevenson of Morris, will be held on Saturday, January 21, 2023 at 11:00 a.m. at First Lutheran Church in Morris, with Reverend Dan Belgum officiating. Visitation will be one hour prior to the services at the church. Burial will be at a later date at Summit Cemetery in Morris.

Harriet Margaret (Tomlin) Stevenson, daughter of Stirling and Frances (Thompson) Tomlin, was born March 3, 1930 in Morris, Minnesota. She grew up in Morris, graduating from Morris High School in 1947, then attended and graduated from Moorhead Teachers College. After earning an Associate Degree in teaching, she returned to Morris and taught school for the next 6 years in Herman and Alberta. Harriet spent her entire life in Morris.

Harriet married her high school sweetheart, Robert (Bob) Stevenson on July 12, 1952 at First Lutheran Church in Morris. They were blessed with two daughters, Barbara and Kathleen, and were married for 65 years.

While caring for her family, Harriet stayed active leading several All School Reunions. She worked at Stevenson’s Office Supply, was deputy registrar, and helped Bob with the license bureau.

Harriet’s hobbies included baking, playing in several bridge clubs, dancing and cheering for her favorite Minnesota sports teams. She was an American Legion Auxiliary member for over 70 years, member of First Lutheran Church and served on the Stevens County Hospital Auxiliary.

She loved spending time with family and friends, and was always telling people there was no place she’d rather be than Morris.

Harriet will be remembered for her warm smile, her ability to talk to anyone and for never forgetting to send a birthday card to those she knew. She spent the last 2 1/2 years in the memory care unit at Legacy Senior Living in Morris, where she received great love and care from the staff, repaying their kindness with a smile. She passed away peacefully surrounded by her family on January 18, 2023.

Harriet is survived by her daughter Kathleen (Kevin) Sheehy of Savage, MN, who spent countless hours caring for her over the years; granddaughter Marisa Stevenson of Robbinsdale; brother-in-law and sister-in-law David and Susan Stevenson of Morris; as well as several nieces and nephews. She was preceded in death by her parents, husband, daughter Barbara, siblings Charles, Betty, Shirley and Tommy, brothers-in-law Edward Morrison and Ted Johnson; and sister-in-law Helen Jane Morrison.

Memorials are preferred to the Stevens County Historical Society.  Pedersen Funeral Home in Morris is in charge of the arrangements.