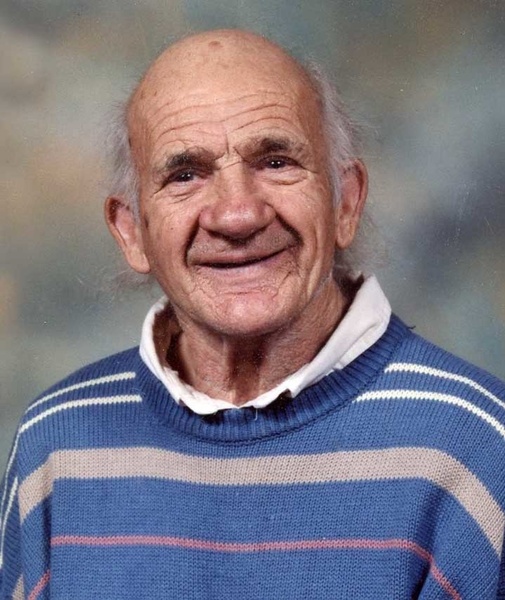 Funeral services for Harvey Reynolds of the Morris, Hoffman and Barrett areas will be held Thursday, April 28, 2016 at 2:00 p.m. at the Pedersen Funeral Home Chapel in Morris, MN. Visitation will be one hour prior to services. Burial will be in Summit Cemetery in Morris.

Harvey Grant Reynolds, son of Charles and Bessie (Hollister) Reynolds was born August 16, 1927 in Boy River, Minnesota. In 1930, Harvey's family moved to Clinton, MN and in the 1930's they moved to Chokio. Harvey attended Chokio and Donnelly Schools. Following his schooling, me remained on the family farm where he enjoyed gardening and scrapping metal. In 2002, he moved to Cyrus, MN with his brother Art and his family. He later moved to Starbuck, Minnesota where he continued to live until the time of his death.

Harvey was always known as an inventor. He enjoyed building orange bikes, camper trailers, tractors, and riding them in parades. He also enjoyed gardening and spending time with friends and family.

Harvey died on Monday, April 25, 2016 at the age of 88 at Ecuman Bethany Community Home in Alexandria, MN.

He is survived by one sister: Stella Hill of Morris; one brother: Arthur Reynolds of Morris; sister-in-law: Shirley Reynolds of Morris and many nieces, nephews and cousins. He was preceded in death by his parents; three brothers: Leroy, Melvin and Richard Reynolds and three sisters: Loretta Reynolds, Clara Johnson and Opal Thornberg. To order memorial trees or send flowers to the family in memory of Harvey Reynolds, please visit our flower store.