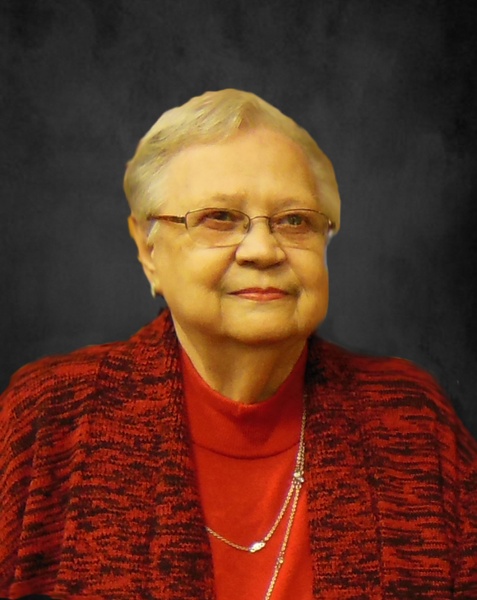 The memorial service for Helen Hoverud, of Starbuck, Minnesota will be held on Thursday, May 17, 2018 at 11:00 a.m. at the Fron Lutheran Church in Starbuck, with Reverend Paul Johnson officiating. Visitation will be Thursday, one hour prior to services at the church. Burial will be at West Zion Lutheran Cemetery, rural Hancock, Minnesota.

Helen Audrey Larson, daughter of Henry and Alice (Pedersen) Larson was born on February 2, 1937 in Starbuck, Minnesota. She grew up in Starbuck and graduated from Starbuck High School. After her schooling, Helen began working for the Starbuck Times Newspaper. She was united in marriage on August 26, 1956 to Odell Hoverud; through this union, one son Brent was born. The couple made their home in Starbuck. Odell died unexpectedly, from a massive heart attack on December 23, 1968. Helen worked at the Starbuck Times until the time of her death; she wrote columns and operated other duties for over 60 years of employment at the paper. For many years, she made salads for the Water’s Edge and Nodland’s Café and also worked part time for Minnewaska Lutheran Home.

Helen was a member of the Fron Lutheran Church and the V.F.W. Auxiliary, both in Starbuck. She received an award from the governor for over 50 years of service in the newspaper industry. Helen spent several years bowling in the local league and enjoyed playing Bingo.

She will be remembered by her family for her: wit, sense of humor, and her wonderful meals. Helen enjoyed spending time with her family, holding babies, kissing and teasing her nieces and nephews, and enjoying a good laugh.

Helen died on Friday, May 11, 2018 at the Glacial Ridge Hospital in Glenwood, Minnesota. She was 81 years old.

Starbuck Funeral Home is in charge of the funeral arrangements.

To order memorial trees or send flowers to the family in memory of Helen Hoverud, please visit our flower store.