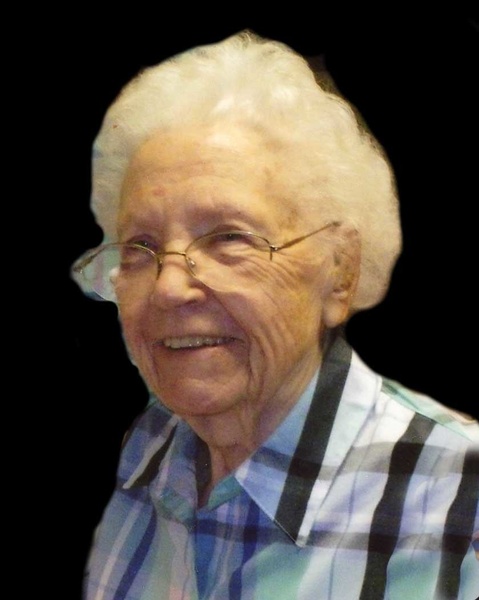 Helen Alice Greenwald, daughter of Fred and Alice (Schauerman) Greenwald was born on January 18, 1926 in Huntley, Wyoming. She moved with her family at the age of 7, when her family purchased land in Hardin, Montana. Helen attended Hardin High School graduating in 1943. After her schooling, she moved to Denver, Colorado, where she became a telegrapher for Western Union. She was later transferred to San Francisco, where she was involved in sending telegrams for the military during WW II.

After the war, Helen returned to Hardin where she met James McNally. The couple was united in marriage on September 30, 1946 at St. Joseph's Catholic Church, in Hardin. In 1948, Jim and Helen moved to Chokio, Minnesota. Helen worked for Fingerhut in Morris and later took training and did peer counseling through social services for many years. Helen also did volunteer income tax work until 2004. She became a resident at the Grace Home in Graceville in August of 2014.

Helen was a member of St. Mary's Catholic Church since 1950, where she was active with the guild and Christian Mothers. She was also a member of the Legion Auxiliary and Chokio Garden Club. Helen enjoyed traveling and fishing, however, she cherished spending time with her family. Helen McNally
To order memorial trees or send flowers to the family in memory of Helen McNally, please visit our flower store.