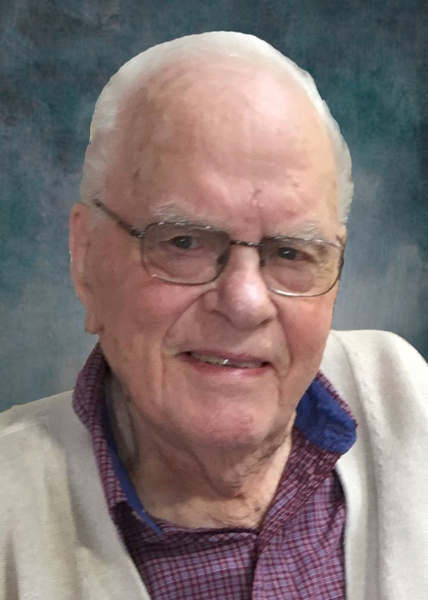 Funeral services for Herbert Weiss of Morris, MN will be Saturday, October 5, 2019 at 10:30 a.m. at First Lutheran Church in Morris, with Reverend Dan Belgum officiating. Visitation will be Friday, October 4, 2019 from 5 to 7 p.m. at the Pedersen Funeral Home in Morris and for one hour prior to services at the church on Saturday. Burial will be in Summit Cemetery in Morris.

Herbert Richard Weiss, son of Ernest and Carolena (Kaehler) Weiss was born on December 31, 1923 in Denver Township, South Dakota. The family lived in Hetland, South Dakota until 1926 when they moved to the Morris, Alexandria and Glenwood areas. He began his schooling at Douglas County Schools and later attended West Central School of Agriculture in Morris. Herbert served his country during WWII with the United States Army from 1944 to 1946.  He was stationed at Camp Hood, the Philippine Islands and Japan. Herb was united in marriage to Ruth Amundson on September 30, 1950, in Morris, MN.  They were married for over 68 years. After being honorably discharged, he farmed for one year, then began working for Lee Ford, Peoples Dairy/Golden Cream and Morris Co-op. Following his retirement, Herb worked as a bailiff for Stevens County, and Wente’s Furniture hanging curtains and blinds.

Herb was an active member of First Lutheran Church, the Morris Lions Club, Veterans of Foreign Wars, American Legion, the birthday club and card club. He was always working on something, and was a handyman and a pro at “Do It Yourself” projects. He enjoyed camping and traveling, making memories to last a lifetime.

Herbert passed away at the West Wind Village memory care unit on Tuesday, September 24, 2019 at the age of 95.

To order memorial trees or send flowers to the family in memory of Herbert Weiss, please visit our flower store.