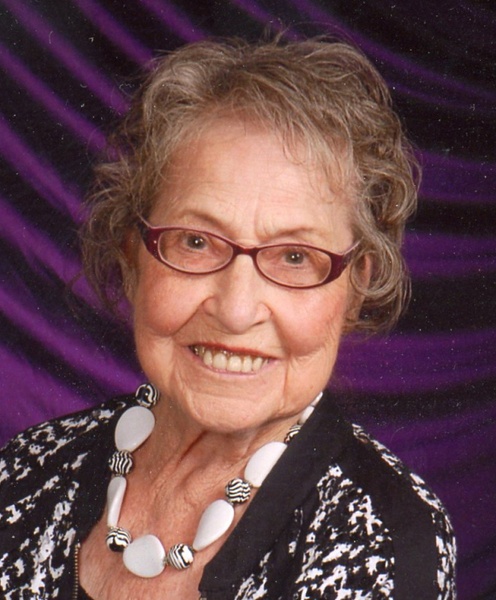 Hilma Josephine Aaberg was born the daughter of Gilman and Clara (Berg) Aaberg on February 27, 1929, on a farm south of Starbuck in Blue Mounds Township.  She attended country school District #59.  Hilma was baptized and confirmed at Fron Lutheran Church in Starbuck.  Following her schooling, she worked many jobs, starting with Peter’s Resort on Lake Minnewaska.  She spent many years employed at the Starbuck Bakery, the Starbuck Hospital and numerous restaurants in the Starbuck area.  On March 25, 1947, Hilma was united to marriage to Harris L. Larson; to this union, three children were born.

Hilma was a special person and loved her family, friends, and life.  Being a member of both the bowling team and softball team were very important to her.  She was very proud to be a member of the VFW Auxiliary in Starbuck.  Hilma was a prankster and was usually aided by her friends: Helen, Adeline, Marion, and Marilyn – to name a few!

Due to the Covid-19 Pandemic, there will be no immediate service.  A memorial will be held at a later date.

Starbuck Funeral Home in Starbuck is in care of arrangements for Hilma.

To order memorial trees or send flowers to the family in memory of Hilma Larson, please visit our flower store.