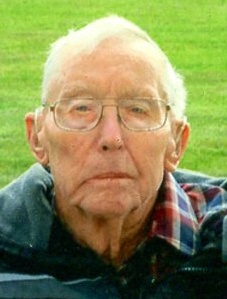 Howard John Goll was born on November 10, 1930 to John and Bertha (Spohr) Goll of rural Hancock. Howard attended Country School District 6 for two years, Hancock Public School through the eighth grade and then West Central School of Agriculture in Morris for three years. After completing his schooling, he joined the United States Army, serving his country from 1953-1955. After being honorably discharged from the Army, Howard returned to his family farm outside of Hancock where he joined his dad, brother and later his nephew, in both livestock and grain farming. He loved the life of a farmer. The rewards of having a good crop and healthy animals made the challenges of farm life well worth it. Howard enjoyed long drives around the countryside checking the crops and stopping to visit with neighbors. Howard spent some of his spare time hunting and fishing, while taking in the beauty of nature. He had a good sense of humor and always enjoyed a good laugh with family and friends.

On March 11, 1972 at the St. Paul’s Lutheran chapel in Springfield, Howard married Edna Matzke in a candlelight ceremony. Their union was blessed with three children: Melanie, Aaron and Caron. Howard and Edna enjoyed raising their children on the very farm where Howard was born and lived his entire life. Howard will be remembered as a gentle and loving father, husband and grandfather. He led by example, always showed kindness to others and had the gift of being a peacemaker. Howard was a man of faith and joined the Apostolic Christian church in 2006; he was baptized on October 8th. He stood faithfully by Edna’s side for over 47 years.

In lieu of flowers, memorials are preferred to the American Cancer Society, the American Heart Association, or the charity of your choice.

To order memorial trees or send flowers to the family in memory of Howard Goll, please visit our flower store.