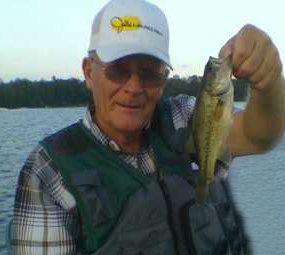 Funeral services for Howard Nordin of Alberta, Minnesota will be held Saturday, June 9, 2018 at 10:30 a.m. at Trinity Lutheran Church in Alberta, with Minister Minette Stalheim Johnson officiating. Visitation will be Friday from 5:00 to 7:00 p.m. at the Pedersen Funeral Home in Morris and for one hour prior to services at the church on Saturday. Burial will be at a later date.

Howard William “Bill” Nordin, son of Hanley and Eleanor (McCleary) Nordin, was born September 19, 1936 in Willmar, Minnesota, where he grew up in the Willmar/Spicer area. Howard attended grade school in Willmar and later graduated from Willmar High School. On July 19 1958, he was united in marriage to Mary Mead in New London, Minnesota. The couple made their home in the Morris area, where they raised their five children. He later worked in a hardware store, an implement shop and a lumber yard. He retired after working 45 years. Howard and Mary have continued to make their home in Alberta.

Howard was a member of Trinity Lutheran Church in Alberta. He enjoyed hunting, fishing, camping and dancing with his bride to the old time songs. He enjoyed spending time with his family and friends, especially his grandchildren and great-grandchildren.

Howard died on Wednesday, June 6, 2018 at West Wind Village in Morris, MN, surrounded by his family. He was 81 years old.

He is survived by his wife: Mary Nordin of Alberta; five children: Susan (Blaine) Hill of Morris, Scott (Rhonda) Nordin of Corcoran, Steve Nordin of Moorhead, Sherry (Roger) Gausman of Alberta and Stanley (Mary) Nordin of Becker; nine grandchildren; seven great-grandchildren and two on the way; two brothers: Bruce and Micky Nordin; four sisters: Sharon Sconberg, Lynette Morse, Marcia Byro and Lois Minks and many nieces and nephews. He was preceded in death by his parents; his step-father: three sisters and two brothers.

To order memorial trees or send flowers to the family in memory of Howard Nordin, please visit our flower store.