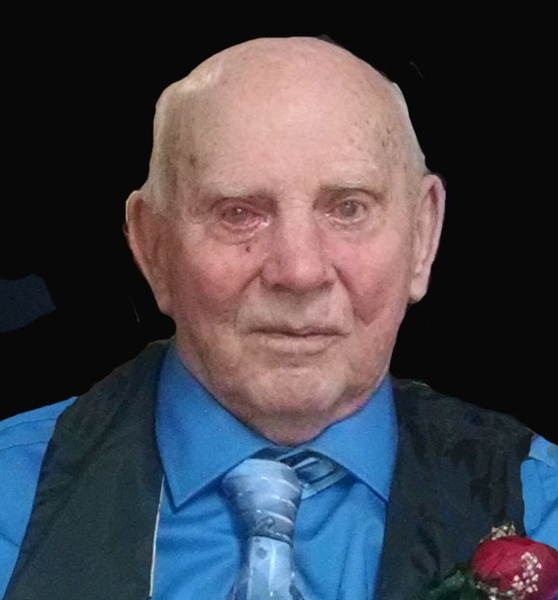 Funeral services for Howard Olson of Barrett, MN, formerly of Morris will be Monday, March 20, 2017 at 10:30 a.m. at Trinity Lutheran Church in Cyrus, MN, with Reverend John Smith officiating. Visitation will be Sunday from 5 to 7 p.m. at the Pedersen Funeral Home in Morris and for one hour prior to services at the church on Monday. Burial will be in Scandia East Cemetery, rural Cyrus.

Howard Walter Olson, son of Otto and Delia (Lee) Olson, was born February 1, 1917 at the family farm in Framnas Township in Stevens County, Minnesota. When Howard was two years old, his mother died during childbirth. He was raised by his father and oldest sister, Nora. He was baptized and confirmed at Scandia East Lutheran Church and attended school in Cyrus, graduating with the class of 1935. After his graduation, he attended West Central School of Agriculture for two years. He was united in marriage to Evelyn Norlinger on August 26, 1943. They had two children and farmed together on their farm in Framnas Township. Like a true farmer, Howard never retired from farming and was always willing to help his son, Thomas. Evelyn died on March 14, 2002; Howard continued to live on the farm until the fall of 2008 when he moved into the Good Samaritan Society in Hoffman. In October of 2013, Howard made his home at the Barrett Care Center in Barrett where he lived until his death on Wednesday, March 15, 2017. He lived to reach 100 years.

Howard was a member of Trinity Lutheran Church in Cyrus. He served on the church council, the Cyrus School Board and the Framnas Township Board, acting as the treasurer for several years. Howard had a good sense of humor and enjoyed making people laugh with his dry humor. In younger years, he enjoyed hunting and playing baseball. He played the trumpet in the 4-H Orchestra and in a dance band. He liked watching sports, especially football, basketball and baseball. He enjoyed gardening, playing cards, visiting with family and neighbors and drinking a good cup of coffee.

He is survived by one son: Thomas (Denise) Olson of Morris; one daughter: Katherine (James) Olson of Bozeman, MT; two grandchildren: Emily Olson and Erik Olson of Bozeman, MT and numerous nieces and nephews. He was preceded in death by his wife; two grandsons: Timothy Olson and Michael Olson; sisters: Nora Olson, Stella Johnson and Jeanette Dolven and brothers: Elmer and Bernard. To order memorial trees or send flowers to the family in memory of Howard Olson, please visit our flower store.