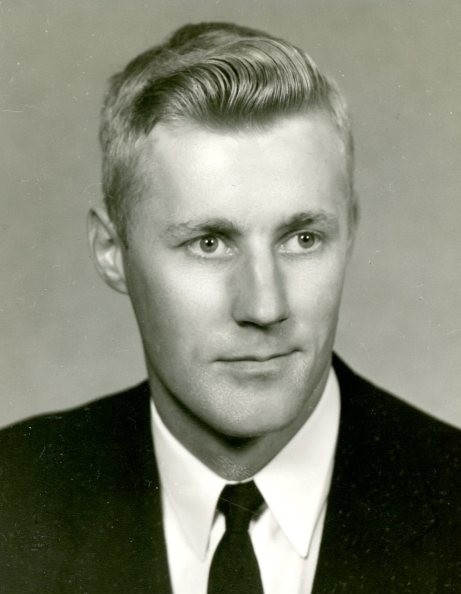 Barrett, formerly of Chokio and Starbuck

Memorial services for Iver Aal of Barrett, formerly of Chokio and Starbuck, will be held on Monday, June 3, 2019, at 11:00 a.m. at St. John's Lutheran Church in rural Starbuck, Minnesota with Reverend Fran Hill officiating.  Visitation will begin one hour prior to the service at the church and burial will be in the church cemetery.

Iver Otto Aal was born on November 10, 1932, at his family home in White Bear Lake Township, Pope County, Minnesota to Ingolf Erling and Cora Magdalene (Kamrud) Aal.  Iver was baptized and confirmed at Indherred Lutheran Church in rural Starbuck.  Iver grew up on the family farm three miles north of Starbuck where he attended White Bear Lake Country School and then Starbuck High School, graduating with the class of 1950.  After high school, Iver attended Luther College where he earned a Bachelor’s Degree in history and biology, graduating in 1957.  On April 10, 1960, Iver was united in marriage to Eldora Hafstad, at Fron Lutheran Church in Starbuck.  They made their home on the family farm, raising crops, milking cows, and raising hogs and feeder cattle until 1984.  On September 23, 2000, Iver was united in marriage to Barbara Mithun Stier.  They made their home in Chokio, Minnesota.  In December of 2014, Iver became a resident of the Barrett Care Center where he lived until his death.

Iver was a member of St. John’s Lutheran Church in rural Starbuck and in earlier years, he was an active member and Sunday School teacher at Indherred Lutheran Church.  Iver was also a member and served on the board of the Pope County Historical Society, Gideon’s International, and served as a Pope County Commissioner from 1994 to 2000.  He loved to read and learn about US and World history and politics; he read nearly every book on Minnesota history from the Viking Library System.  Iver loved farming, Starbuck, and Lake Minnewaska.  He enjoyed having an Erickson Pork Chop at the Minnewaska House and spending time with his family,

To order memorial trees or send flowers to the family in memory of Iver Aal, please visit our flower store.