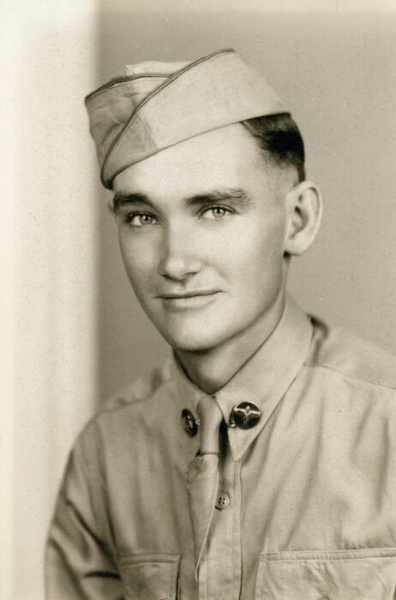 James Melvin Brownfield was born on September 13, 1921, in Humboldt County, Iowa to Joseph and Zula (Smith) Brownfield. Growing up James was always considered brave with a strong moral compass, which would serve him well when he enlisted in the United States Air Force on December 26, 1942. During his two years of service in Europe, he was awarded a bronze star for his efforts in the Battle of the Bulge. Upon his discharge on November 11, 1945, James moved back to Iowa where he purchased an oil business. Shortly after, James married Shirley Ann Anderson on June 11, 1947, and the two delighted in having four daughters. In 1966 he got out of the oil industry and moved his family to a farm south of Chokio, MN.  Being a steward of the land was a natural calling for James, he was always known as a hardworking farmer, and many liked to tease he “gardened until he just couldn’t anymore.” James ran his farming operation until 1990, when he left Chokio and purchased a home in Morris.

James’s family and friends will not only remember him by his work ethic, but also by his fun-loving nature. He loved to tease, be mischievous, and make people laugh. He was an animal-lover, fisherman, and occasional camper. Memories of his annual hog roast for friends and neighbors will be left to cherish by many.

Pedersen Funeral Home is in care of arrangements for James.

To order memorial trees or send flowers to the family in memory of James Brownfield, please visit our flower store.