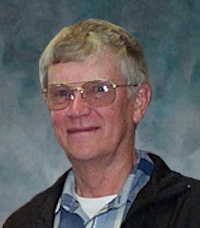 Funeral services for James Anderson of Alexandria, formerly of Herman, will be a private family service. Burial will be in Lakeside Cemetery in Herman.

James Jerome Anderson, son of Edwin and Frances (Ellingson) Anderson, was born August 5, 1939 in Graceville, Minnesota. He was raised on the family farm near Herman, Minnesota, where he also attended school. On September 5, 1970, he was united in marriage to Sherry Stenslie. The couple continued to live on the family farm until after James’s retirement. James was soft spoken and will be remembered for his kind, gentle and humble spirit.

James died on Sunday, January 28, 2018 at Grand Arbor in Alexandria, Minnesota. He lived to 78 years.

He is survived by his wife Sherry of Alexandria and one sister: Dorothy (Warren) Peterson of Fairbault. He was preceded in death by his parents and one sister: Florence Eckman.

To order memorial trees or send flowers to the family in memory of James Anderson, please visit our flower store.