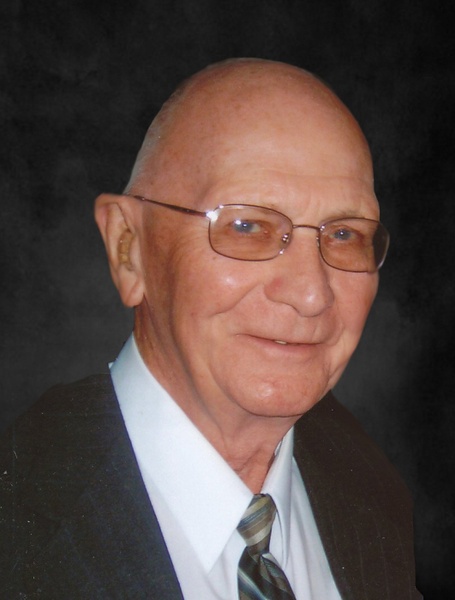 James Franklin Thedin, son of Robert and Mabel (Dalen) Thedin was born November 6, 1930 in Morris, Minnesota, where he grew up and attended and graduated from Morris High School in 1949. Following his schooling, he continued his education at NDSU in the pharmacy program. While in college, Jim was drafted into the United States Army, serving as an MP for 13 months in North Korea during the Korean Conflict. In the fall of 1953, he was honorably discharged. In February of 1954, Jim returned to Morris, where he worked in the parts department for Kolling Motors. In the fall of 1956, Jim moved to Minneapolis, and attended North West Technical College in the Medical Lab Program. He later worked as a Medical Lab Technician at the Minnesota State Veterans Hospital. On April 18, 1957, he was united in marriage to Bonnie Bosworth. The couple moved to Morris in 1958, where they built the Thedin Motel, which they owned and operated for the next 27 years. In 1986, they sold the motel and semi-retired. Jim continued to manage properties for several years.

Jim was a member of Federated Church in Morris and a lifelong member of the Morris American Legion, V.F.W, AmVets, Masons and the Eastern Star. In his younger years, Jim loved competing in stock car races in Morris, Alexandria and Fergus Falls. Jim was known to a be a jack of all trades. He drove an ambulance, renovated the motel and other properties he owned.  He also served as Quartermaster for the V.F.W. Jim loved to travel and has visited all 50 states.  He has also traveled to Canada, Mexico, and Europe in addition to numerous cruises.  Jim and Bonnie were avid motorcyclists and did many long-distance trips together.

He is survived by three daughters: Jane (John) Lawless of The Villages, FL, Tracy (Jeremy) Head of Madison, WI and Nancy (Michael) Silbernagel of Cincinnati, OH; four grandchildren: Lithe (Craig) Strassburg, Lukas (Jillian) Gunderson, Korbin Head and Ruby Silbernagel; two great-grandchildren: Oliver and Violet Gunderson and many nieces and nephews. He was preceded in death by his wife: Bonnie; his parents; one brother: Glenn and one sister: Fern.

Jim’s family would like to thank the staff at Skyview for the exceptional care Jim received for the past two years.

To protect the health and safety of all, services are currently being limited as required by state and local authorities and the CDC. Expressions of sympathy during this time can be left on the condolences page available with the obituary on our website. We also encourage you to view the video tribute that will be available. Check the funeral home website for the latest COVID-19 update.

To order memorial trees or send flowers to the family in memory of James Thedin, please visit our flower store.