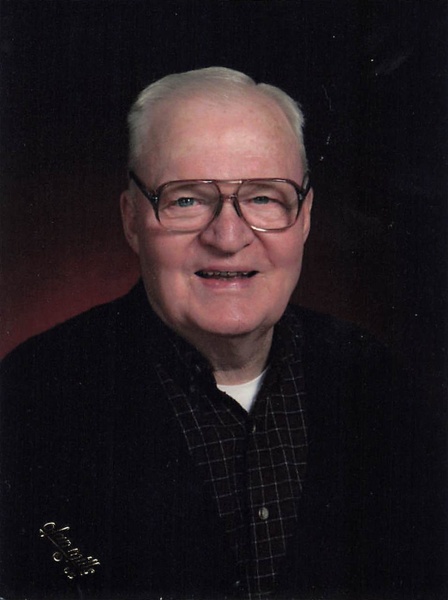 Memorial services for James "Jim" Erickson of Chokio, MN will be Thursday, December 9, 2021 at 1:00 p.m. at Our Savior's Lutheran Church in Chokio. Rev. Erik Rundquist will be officiating. Visitation will be one hour prior to services at the church on Thursday. Burial will be in Frog Lake Cemetery, rural Alberta.

After a long walk down a path of fading memories, Jim Erickson passed away on December 5, 2021 at the MN Veterans Home in Fergus Falls, MN.

Born on September 13, 1931 to Mabel (Mortenson) and Oswald Erickson, Jim lived in the Chokio area his entire life. He was raised on his father’s farm south of town and graduated from Chokio High School in 1949. He was employed as a mechanic, and entered the United States Army in 1952, serving in the Korean War.

Jim married Audrey Johnson on February 4, 1956 and settled into a small house in Chokio. Approximately two years later, Jim and Audrey purchased their farm south of Chokio living there until Jim’s retirement from farming, when they moved back into Chokio. Over the years, he also raised pigs and sold seed. He was proud when Dean and now grandsons, Alex and Chandler became involved in farming. Dad had a great laugh and smile, and loved watching a good TV comedy, shopping (looking) for cars, but most of all his family. In the more recent years, the twinkle in his eye has been brightest for his four great-grandchildren.

We are grateful for the care Dad received at the MN Veteran’s Home and Minnewaska Lutheran Home and all the wonderful people in Chokio who looked after him after mom died. He always expressed how fortunate he was to be the recipient of so much kindness.

IN LIEU OF FLOWERS THE FAMILY PREFERS MEMORIALS TO FROG LAKE CEMETERY AND THE MN VETERANS HOME IN FERGUS FALLS.

To order memorial trees or send flowers to the family in memory of James "Jim" Erickson, please visit our flower store.