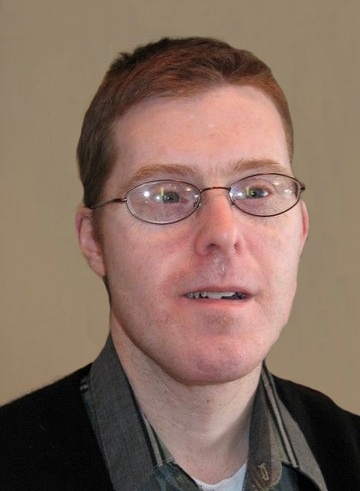 Memorial services for James "Jim" Gorder, of Morris, Minnesota, formerly of Starbuck, Minnesota, will be held on Thursday, December 19, 2019 at 10:30 a.m. at Fron Lutheran Church in Starbuck, Minnesota, with Reverend Paul Johnson officiating.  Visitation will be on Wednesday from 5 to 7 p.m. at the Starbuck Funeral Home in Starbuck and for one hour prior to the service at the church on Thursday. All are welcome to attend and celebrate Jim’s life. A private family burial will take place at a later date at Fron Lutheran Cemetery, rural Starbuck.

James Richard Gorder was born in Starbuck, MN on March 18, 1965, to Jacob and Eleanore Gorder.  He attended school in Morris, MN for his preschool and elementary years, and he returned to Starbuck for school in 1981.  In his younger years, Jim was known for his vivid imagination aided by numerous props (e.g., pastor’s collar, fireman hat, patrol hat).  His high school career was memorable for directing the band and playing basketball.  He traveled with his classmates to Washington DC.  Jim graduated from Starbuck High School in 1986.  After high school, Jim worked at Stevens County Developmental Achievement Center, both in the community and at the Center.   He lived in Prairie Community Services, Inc. (PCS) homes in Morris, MN from 1990 on.  Some of his highlights were carrying the Olympic Torch and visiting Texas and Nashville.

Jim was well-known for his love of music and food, his gentle nature and strong will, his sense of humor, his enthusiasm for life, and the love he gave to all who knew him.  Jim brought joy and sunshine to many people.  He inspired several family members and friends to become special educators.

James (Jim) Richard Gorder passed away peacefully on December 14, 2019 in Morris, MN at the age of 54, from complications of Alzheimer’s and Down syndrome.

Jim is survived by his brother, Jerry Gorder, of Bloomington; sisters: Julie (Denis) Holman Tadych of Blaine, Jane (Paul) Hjelle of New London, and Jill (Scott) Bartlett of Starbuck; aunts and uncles, and nieces and nephews.  He is preceded in death by parents, Jacob and Eleanore Gorder, sister-in-law, Brenda Gorder, brother-in-law Clifford Holman, grandparents, and several aunts and uncles.

Starbuck Funeral Home in Starbuck is in charge of the arrangements.  To send condolences to the family please visit www.starbuckfh.com

To order memorial trees or send flowers to the family in memory of James "Jim" Gorder, please visit our flower store.