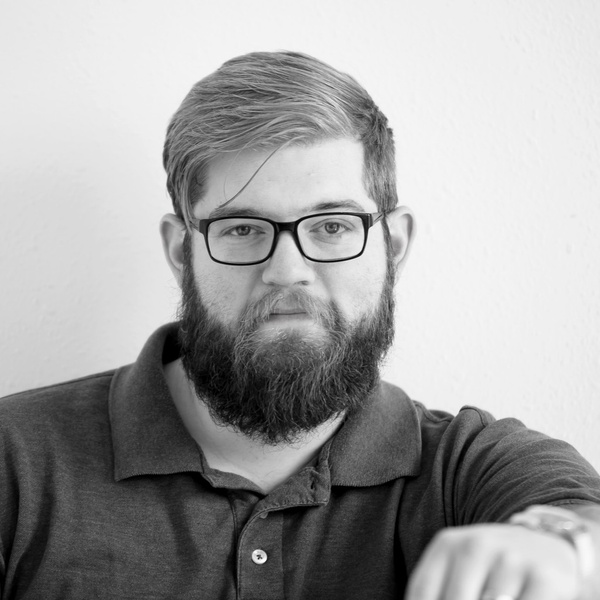 A celebration of Jimb’s life for all his close friends and family will take place on Saturday, June 24th, in Watertown, SD, at the Goss Opera House from 1pm to 4pm. He would be delighted to see who turns out in their Batman, Super Hero or Star Wars T-shirts. In lieu of flowers, Jimb’s wish would be to establish a dedicated fund for his children’s education.
“I would be safer on my own. I didn’t care, you were the most exciting thing I’d ever known.”

Writer’s Note: As was his custom, the only place you’re going to see him called by his legal name - James - is where it’s absolutely necessary and required.

Jimb Mulholland, connoisseur of crazy t-shirts, aficionado of bean burritos, and the man voted most likely to have heard that song long before you did, died suddenly on Wednesday, June 14, 2017, at the age of 33 at the Stevens Community Medical Center in Morris.

James Michael Mulholland, born to Paul Mulholland and Beth Mantey on June 27, 1983 in Waukesha, Wisconsin. Jimb was an almost mythical kind of child. Self-possessed, calm, quiet, and mature beyond his years, he got away with far more shenanigans than his parents ever realized. When his brother Tom arrived in 1986, Jimb wasn’t sure he was ready for a co-pilot, but eventually came around to having a wing-man and a best-friend built right into his family. Their childhood in Rudolph, Wisconsin was spent marauding through the forest on their hobby farm, playing with heavy equipment and ATVs, and bonding in a way that only brothers can.

At the age of 12, Paul and Beth decided to relocate the family to Watertown, South Dakota. Jimb found himself awestruck at how much “bigger” the sky was in South Dakota, but settled in quickly. It was in Watertown that he found his circle of friends - those people who would remain closest to him to this day. It’s no wonder they remained friends for life - not just anyone knows what it’s like to go through a flat of pops with a bat, or build a cardboard spoiler for your car... Except possibly Jesse or Richard. Jimb thoroughly enjoyed spending time with his brother and friends, building his wealth of “seemingly useless, but inevitably necessary at some point” knowledge. The man had a wealth of information that rivaled most reference libraries, and his family and friends usually called Jimb before consulting the internet. This ease of access to knowledge and impeccable problem-solving abilities were routinely admired by his colleagues at the Human Services Agency, Police Department, and Search & Rescue.

At the age of 29, Jimb met Rachel Coler of Morris, Minnesota, in a place they both spent a lot of time... The internet. They realized the instant they met IRL that they had found their “person.” Jimb made it plain how he felt about Rachel by quickly eschewing the use of her name, instead referring to her almost exclusively as “Love.” Life progressed quickly for the couple, with Jimb moving to Morris months into their relationship, and building a life with Rachel. Jimb made an almost effortless transition into the role of partner, and of father to six-year-old Warren, who he lovingly called “my boy.” Jimb and Rachel decided that one child was not enough, so Amelia (affectionately called “YaYa”) was brought into the mix just a year later. Jimb took pride in nothing more than taking his kids out and spending time with them. Whether it was teaching his son vital computer skills, or bringing his baby girl to dance class, Jimb never shied away from being the best dad to his babies. He was such a good dad that he and Rachel decided to add to their family again, with a baby girl, lovingly referred to as “Squish,” due in August of 2017.

Jimb’s focus on family didn’t stop itself at the borders of his nuclear family, which was solidified in marriage on September 19th, 2015 at Pomme de Terre Park in Morris. Jimb loved to spend time with his father, Paul, in Sioux Falls, South Dakota. He inherited much of his father’s dry sense of humor and straight-forward nature, but also his exceedingly compassionate soul. Jimb also made frequent trips back to Watertown to visit his mom, Beth, and her husband, Greg McDonald. He enjoyed watching his mom blossom into her role as “Ama” and was thankful that Greg threw himself whole-heartedly into his role as “Papa” for Jimb’s babies. While in Watertown, Jimb always hoped to get the kids a visit with their “Funcle” Tom, because Jimb loved to share memories of his childhood with Tom and the kids. He also made it a priority to visit his family in Green Bay whenever possible, so that his kids could get to experience the warmth and love of his grandmother, Cynthia “Bini” Mantey, and the rest of his extended Wisconsin family.

Jimb’s calm, quiet nature didn’t cease in his childhood - most people who met Jimb had no idea off the bat just how funny he really was. But once you got close to Jimb, you were privileged to experience his quick wit, his knack for impressions, and his ability to supply a Strong Bad quote for literally any situation. Building upon his love for Dungeons and Dragons that he started with friends Seth and Jamie in Watertown, Jimb surrounded himself with a close-knit campaign in Morris with whom he spent multiple hours on a weekly basis. He loved to craft creative and challenging situations for his friends Dave, Clem, Kirk, Simón, and Ryan to battle their way through while enjoying a room-temperature Mello Yello Zero. His love of board games brought all kinds of people together, from starting a D&D campaign for his son, to introducing his buddy Henry to the wonder that is “Ascension.”

Jimb’s remarkable strength, both of body and of character, are no longer here for us to marvel at, but his memory lives on in the lives of his wife, children, parents, brother, and extended family. He was preceded in death by his father, Paul James Mulholland; his maternal grandfather, Richard Victor Mantey (Cynthia); his cousin, Victor Mantey; and his paternal grandparents, Avis Ilene (Schweiger) Johnson and Paul Mark Mulholland.

Pedersen Funeral Home in Morris is in charge of the arrangements.
To order memorial trees or send flowers to the family in memory of James"Jimb" Mulholland, please visit our flower store.