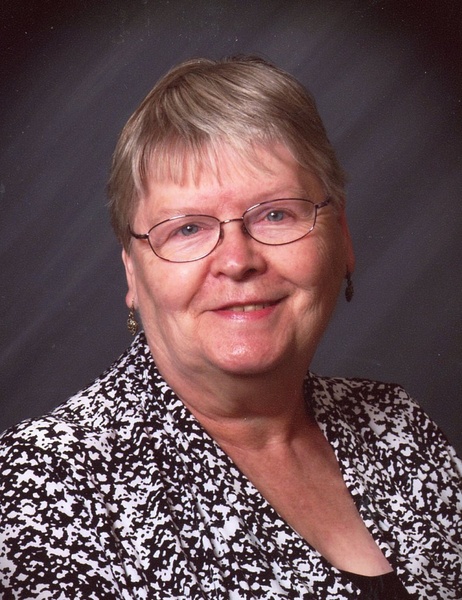 The funeral for Jane C. Bedel, of Morris, Minnesota will be held on Friday, June 2, 2017 at 10:00 a.m. at the Faith Lutheran Church in Morris, with Reverend Dell Sanderson officiating. Visitation will be on Thursday from 5 to 8 p.m. at the Pedersen Funeral Home in Morris. Burial will be at the Clover Leaf Cemetery, near Willmar, Minnesota.

Jane Cora Myhre, daughter of Floyd and Cora (Hoff) Myhre, was born March 1, 1944 in Belgrade, Minnesota. Jane grew up on a farm near Kerkhoven, MN where she attended country school and graduated from Kerkhoven High School in 1962. Following her schooling, Jane moved to Morris, where she began working as a bookkeeper at Morris Co-op. Jane also waitressed at the American Legion Club for several years. Jane was married to Ronald Bedel and through this union two sons were born, Brian and Jason. With over 50 years of service, Jane retired from the Morris Co-op. She has continued to live in Morris until the time of her death.

Jane was a member of Faith Lutheran Church in Morris. She enjoyed listening to country music, reading, crossword puzzles, and watching game shows. In her younger years Jane was on a bowling team and called Bingo at the Legion for many years. In 1994, Jane was a $50,000 winner of the Gopher 5 lottery. She will be remembered as a dependable and organized person, who was very proud of her family.

She is survived by two sons: Brian (LuAnn) Bedel of St. Joseph and Jason (Vicki) Bedel of Raymond; her mother: Cora Myhre of Kerkhoven; one sister: Joyce (Phil) Laughlin of Pennock; six grandchildren and one great-grandchild. She was preceded in death by her father.

To order memorial trees or send flowers to the family in memory of Jane Bedel, please visit our flower store.