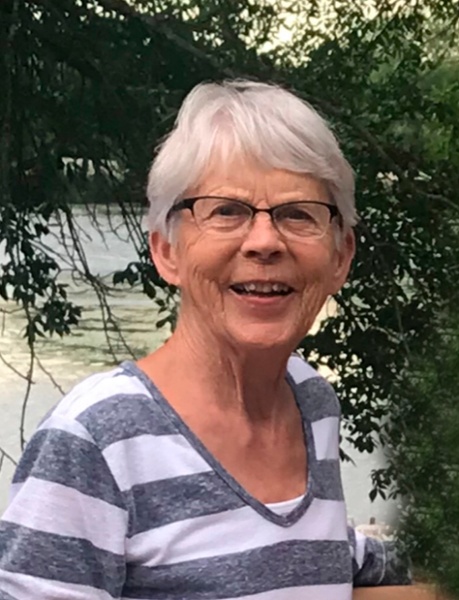 Janet Myra Boe, daughter of Rudy and Olive (Pederson) Boe was born on May 15, 1937 in Artichoke Township in Big Stone County, Minnesota. She grew up in Synnes Township, attending District #37 country school. Janet graduated from Alberta High School in 1955, and attended college receiving her LPN degree. She was united in marriage to Stanley Staples on November 30, 1957 at Drywood Church, rural Correll, Minnesota. The couple made their home on the Staples’ family farm rural Morris, Minnesota. Janet worked as an LPN for several years at the Stevens Community Hospital in Morris, Minnesota, before staying home to raise their three children. After Janet and Stanley’s children were grown, Janet began working at Kearney’s Clothing Store in Morris, a position she kept until her retirement. In September of 2017, the couple moved into Chokio.

Janet was a member of the First Lutheran Church, Stevens County Pork Producers, Synnes Tuesday Homemakers Club, and served as a 4H Leader for many years. She was also active with the garden club in Alberta. Janet never was one to sit idle, she enjoyed outdoor activities like mowing, gardening, and fishing. She was a hard worker, Janet worked side by side with Stanley in the hog barns and harvest in the fall. Family time was cherished, Janet loved spending family time and traveling to her children and grandchildren’s activities. She will be remembered for her work ethic, keeping people on their toes, and as the cornerstone of the foundation of their family.

Janet died unexpectedly on Thursday, July 18, 2019 at the Sanford Broadway Medical Center in Fargo, North Dakota. She was 82 years old.

She is survived by her husband of 61 years: Stanley, Chokio, MN; two sons: Todd (Angela) Staples, and Kurt (Sara) Staples, all of Morris, MN; one daughter: Michelle Fuller, St. James, MN; one sister: Koreen Brustuen, Appleton, MN; seven grandchildren, and thirteen great-grandchildren. Janet was preceded in death by her parents, one sister: Karen Goldenstein, her step-mother: Frieda Boe, and two brothers-in-law: Richard Goldenstein and Orville Brustuen, and her in-laws: Leon and Mary Staples.

In lieu of flowers, the family wishes memorials are given to a charity of choice.

Pedersen Funeral Home in Morris is in care of the funeral arrangements. An online guest book can be signed at www.pedersenfh.com.

To order memorial trees or send flowers to the family in memory of Janet Staples, please visit our flower store.