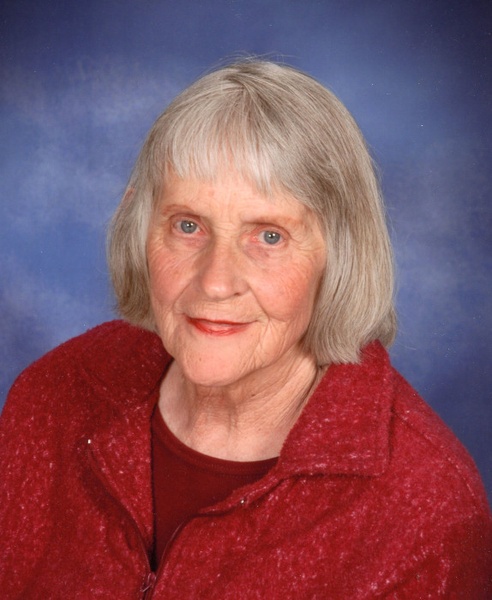 Funeral services for Jean Hollen of Chokio, Minnesota will be held Wednesday, October 4, at 11:00 a.m. at Our Savior’s Lutheran Church in Chokio, with Reverend Gloria Anderson officiating. Visitation will be Tuesday from 4 to 7 p.m., with a prayer service at 7:00 at the Pedersen Funeral Home in Morris and for one hour prior to services at the church on Wednesday.  Burial will be at Lakeside Cemetery in Hancock.

Jean Belinda Swenson, daughter of Swen and Alvina (Roisum) Swenson, was born April 21, 1938 in Hancock, Minnesota.  She was baptized and confirmed at Our Redeemer’s Lutheran Church in Hancock.  Jean graduated from Hancock High School in 1956.  After graduation, Jean moved to Minneapolis to attend MacPhail College of Music where she received a Bachelor’s Degree in Elementary Music Education, graduating in 1960.  While attending college, she was crowned Homecoming Queen.  On July 30, 1960, she was united in marriage to Arnold Hollen Jr. at Our Redeemer’s Lutheran Church in Hancock.  They moved to Lake Wilson, MN where Jean taught in Ruthton, MN.  Later they moved to Hancock, and eventually settled in Chokio.  Jean taught music and physical education in Chokio until the early 1970’s when she joined the Morris school district.  Jean retired in 1999 and continued to live with Arnold at their home in Chokio.  Arnold died August 9, 2005.  Jean continued to live in Chokio until the time of her death.

Jean was a devoted member of Our Savior’s Lutheran Church, where she was organist and head of the church choir for many years.  She was known as the “bike lady” for many years in Chokio. She was a gifted piano player, collected bells and loved animals, especially cats.  Everyone knew her door was always open for a song, a laugh, some food and cheer.    Jean cherished her time with family and friends.

Pedersen Funeral Home is in charge of the arrangements.  To send condolences to the family please visit www.pedersenfh.com

Jean's Memorial Folder
To order memorial trees or send flowers to the family in memory of Jean Hollen, please visit our flower store.