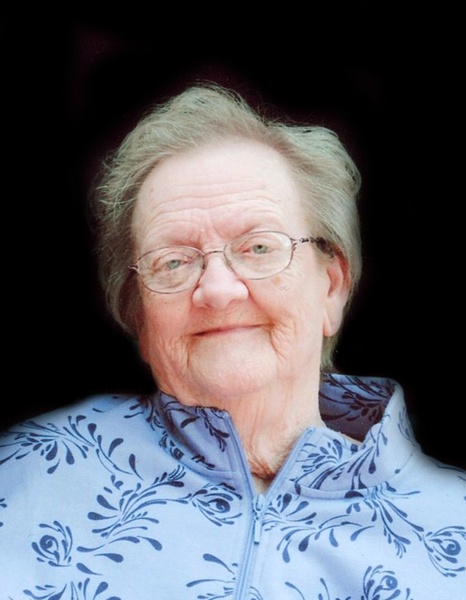 Memorial services for Jeanne Asmus of Chokio, MN will be on Friday, July 28, 2017 at 11:00 AM at St. Mary's Catholic Church in Chokio, with Father John Paul Knopik and Deacon Stan Hennen will be officiating. Visitation will be Thursday from 4:00-7:00 PM, with a prayer service at 6:30 p.m. at St. Mary's Catholic Church in Chokio and one hour prior to the services at the church on Friday. Burial will be in St. Mary’s Catholic Cemetery near Chokio.

Jeanne Catherine Virnig, daughter of Henry and Catherine (Johannes) Virnig, was born September 1, 1928 in Chokio, Minnesota, where she was baptized on September 9, 1928 at St. Mary’s Catholic Church. Jeanne grew up in Chokio and graduated from Chokio Public School, where she was Salutatorian of her class. She also attended St. Cloud School of Nursing. On May 4, 1950, she was united in marriage to Kenneth Asmus. To this union four children were born, Michael, Kathryn, Kevin and Kerri. Besides being a homemaker, Jeanne kept books for Kenny’s two businesses, Asmus Construction and his farming operation.

Jeanne was one of the original members of the Chokio First Responders, an election judge for many years and worked at the bloodmobile drive. She was a lifelong member of TOPS. She was also a breast cancer survivor and would comfort others who had breast cancer.

Early in their marriage, Kenny and Jeanne loved to square dance. They were also on a couple’s bowling league and Jeanne was on a woman’s league. She loved playing cards, especially bridge, bingo and putting puzzles together. She also enjoyed going to the casino. She was famous for her hot dishes which the men on the farm gave each one number and would ask for a particular hot dish by number.

Jeanne loved Chokio and later in her life she would drive around every day at 3:00 p.m. in her red jeep or her golf cart and give people a ride. She had a unique vocabulary all her own. People would often hear words like snortzy, oh fiddle, umpteen, davenport and dumber.

Jeanne was loved by both family and friends. Anyone who knew Jeanne loved her for being a genuinely good person. She loved a good joke and always had words of support. She lived her entire life in Chokio and was proud of her little town. To order memorial trees or send flowers to the family in memory of Jeanne Asmus, please visit our flower store.