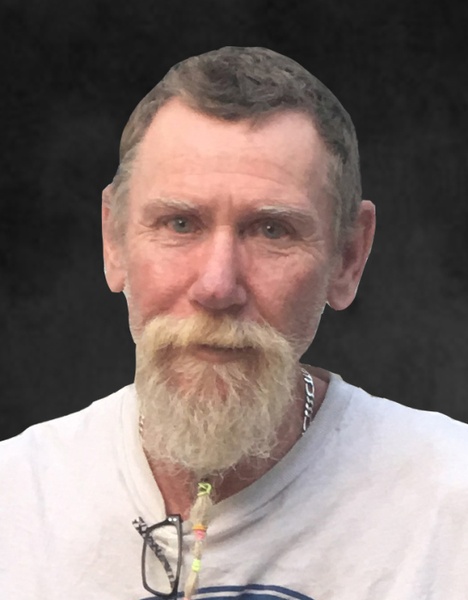 Funeral services for Jeffery “Spiffy” Ehlen of Alberta, Minnesota, will be on Monday, August 26, 2019 at 11:00 a.m. at Pedersen Funeral Home in Morris with Father Todd Schneider officiating.  Visitation will be one hour prior to the service at the funeral home. Burial will be at Calvary Cemetery in Morris.

Jeffery Darrel Ehlen was born on June 5, 1964 in Morris, Minnesota; the 5th of six children to Glenn and Elrene (Thompson) Ehlen.  Jeff was raised on a farm in Swan Lake Township, Stevens County.  He was baptized and affirmed his faith at Assumption Catholic Church in Morris and attended Morris Area Schools.  After his schooling, Jeff joined the Minnesota Army National Guard.  He worked in construction, working with Gordy Hill and for many years with REB Construction.

Jeff loved building and working with his hands, especially building houses; he was a superior carpenter – leaps and bounds above others.  He also enjoyed tinkering and taking things apart and not knowing exactly how to put them back together.  Jeff was a passionate hunter – especially bird and deer hunting.

Jeff is survived by his two sons: Tyler (Jessica) Ehlen of Morris and Taran Ehlen of Morris; one grandson, Leif Ehlen of Morris; two step-granddaughters: Aubrey and Skylar; his mother, Elrene Rosell of Alexandria; brothers: Jim Ehlen of Alberta and Joe Ehlen of Donnelly; sisters: Barb Fay of Willmar, Laurie Driggins of Norwood/Young America, and Deb (Jerry) Sinnott of Duluth; and many nieces, nephews and cousins.  He is preceded in death by his father, Glenn; step-father, Alden Rosell; and one nephew, Jeremy Pavlicek.

Pedersen Funeral Home in Morris is in charge of arrangements for Jeff.

To order memorial trees or send flowers to the family in memory of Jeffery Ehlen, please visit our flower store.