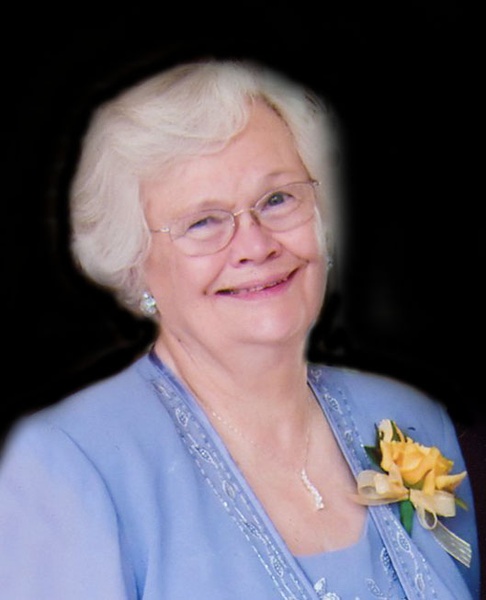 Funeral services for Jeraldine “Jeri” Staples, of Morris, MN will be held Friday, August 11, 2017 at 10:30 a.m. at First Lutheran Church in Morris with Reverend Gene Anderson officiating.  Visitation will be held Thursday from 4 to 7 p.m. with a prayer services at 6:30 at the Pedersen Funeral Home in Morris and for one hour prior to service at the church on Friday.  Burial will be at Summit Cemetery in Morris.

Jeraldine Constance Smith, daughter of Byron and Ordella (Swenson) Smith, was born on July 31, 1932 in Montevideo, Minnesota.  She attended grade school in Hanley Falls, Minnesota and later graduated from Morris High School in 1950.  Following her schooling, she worked for Dr. Watzke for a short time.  She was united in marriage to Robert Staples on October 29, 1950 at First Lutheran Church in Morris. The couple made their home on a farm near Morris, where they raised their three sons, Greg, Scott and Randy.  In 2013, Jeri became a resident at West Wind Village in Morris, where she continued to live until the time of her death.

Jeri was a member of First Lutheran Church, where she was part of the Ladies’ Aid, taught Sunday school and served as a funeral hostess.  She enjoyed playing piano, dancing, traveling, crocheting, baking Christmas treats and spending time with her family and friends, especially her grandchildren and great-grandchildren.