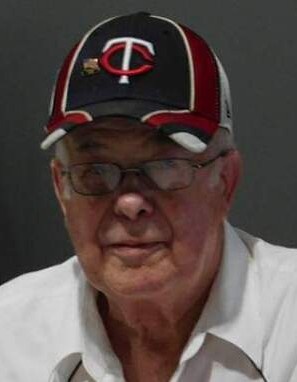 Jerry Vernon Schmidt, son of Alva and Marian (Quam) Schmidt, was born April 26, 1945 in Morris, Minnesota. Jerry grew up on a farm near Herman where he attended country school, and later attended Herman High School. Jerry started working at various jobs when he was 16 years old.  He served six years in the Army Reserve.  On September 2, 1967, he was united in marriage to Dixie Johnson at St. Charles Catholic Church in Herman. To this union three children Randy, Rhonda and Travis were born. He worked for Berger’s Chevrolet for many years and later for New Horizon’s Ag Services. Jerry and Dixie enjoyed a few years at a campground near Cold Spring and continued to live in Herman until the time of his death.

Jerry loved his family, fishing and hunting with his children and was a hardworking man until his retirement. Jerry enjoyed watching westerns and listening to old time country music.

Jerry passed away peacefully surrounded by his family on Thursday, August 19, 2021 at the St. Cloud Hospital in St. Cloud, Minnesota.  He was 76 years old.

He is survived by his wife: Dixie Schmidt of Herman; three children: Randy (Wendy) Schmidt of Coon Rapids, Rhonda (Jeff) Mincey of Champlin and Travis (Amanda) Schmidt of Cold Spring; ten grandchildren and also considered Mike and Dylan as his grandchildren; siblings: Janice (Ronnie) Tolifson of Herman, Robert (Linda) Schmidt of Norcross and Joan Radil of Alexandria; sisters-in-law: Alice Meagher of Herman and Kathy Christianson of Apple Valley and many nieces and nephews.  He was preceded in death by his parents; great-nephews: Mitchell Kliendl and Adam Hank and brothers-in-law: Chauncy Meagher and Dwayne Christianson.

To order memorial trees or send flowers to the family in memory of Jerry Schmidt, please visit our flower store.