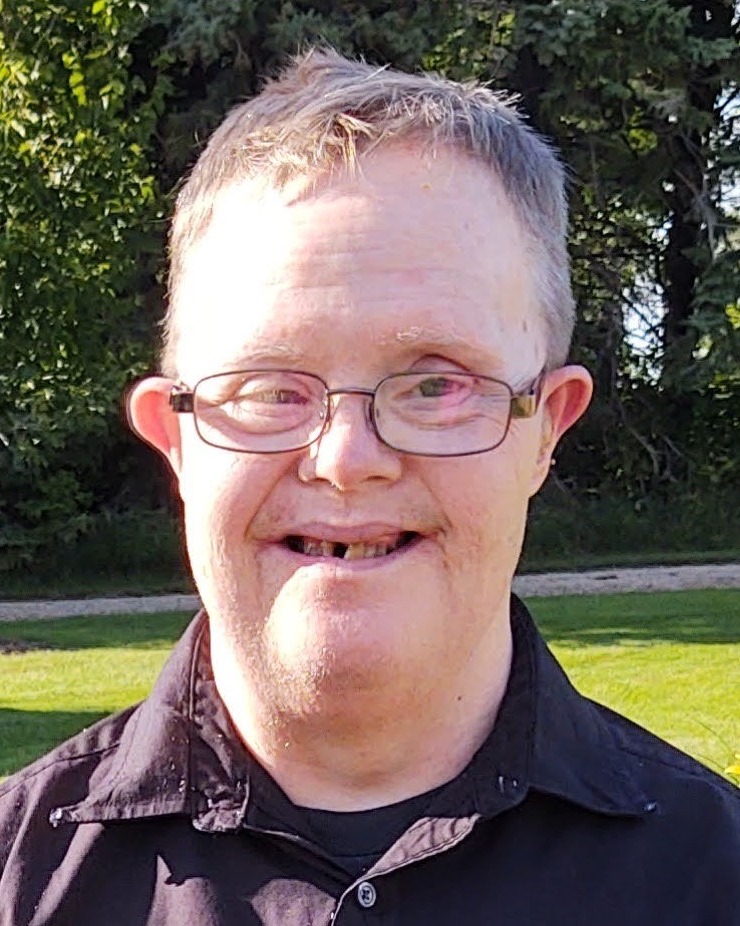 Memorial services for John Donkers of Morris, Minnesota, will be held Tuesday, January 10, 2023 at 10:30 a.m. at Assumption Catholic Church in Morris, with Father Todd Schneider officiating.  Visitation will be one hour prior to the service at the church on Tuesday.  Burial will be held at a later date, at Fort Snelling National Cemetery in Minneapolis, Minnesota.

John Thomas Donkers, son of Peter and Bernadette (McDaniel) Donkers, was born February 2, 1959 in Crookston, Minnesota. John moved to Ravenwood Home in Morris in 1975 where he was lovingly cared for by the staff of Prairie Community Services. John attended TMR Classes at Morris Public School until the spring of 1981. That fall, he started at the DAC where he continued to work until his death. John’s work was very important to him as well as the staff and his co-workers. John made his place in the community and had many connections through home and work.

John was a member of Assumption Catholic Church in Morris. He loved attending live musical performances and listening to recordings by his favorite singer, John Denver. He enjoyed community outings, dancing and singing, animals, camping and his special friends, The Luetmer’s. John eagerly looked forward to visits from his family.

John had a charismatic personality. He genuinely cared about the wellbeing of others. John was a kind and affectionate man, always happy and loved to joke with others. John’s appreciation and gratitude for the simple things in life was to be admired.

John died peacefully on Sunday, January 1, 2023, at the Minnewaska Lutheran Home in Starbuck. He was 63 years old.

In lieu of flowers, the family requests that memorials be given in John’s name to the Steven’s County DAC, 203 Green River Road, Morris, MN 56267.

Pedersen Funeral Home in Morris is in care of the arrangements for John. To send condolences to the family please visit www.pedersenfh.com.