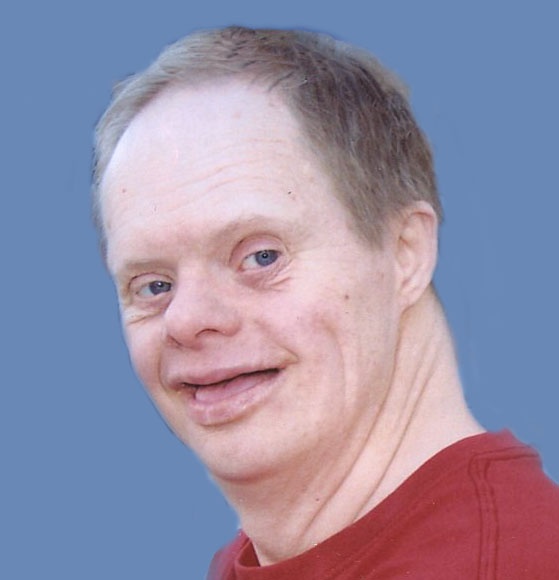 Funeral services for John Hanson of Morris, MN will be Monday, June 5, 2017 at 11:00 a.m. at the Morris Community Church in Morris, MN. Visitation will be one hour prior to the service at the church. Burial will be at Summit Cemetery in Morris, MN at a later date.

John was born on February 18, 1956 in Moorhead, Minnesota. In January of 1975, he moved to the Hoffman Home (later re-named Ravenwood Home) in Morris, Minnesota. This was home to John until the time of his death. John attended the Steven County DAC until late 2016, where he took pride in his work and made many friends. Many of John’s housemates have lived with him for 40 years, forming a strong family bond. He has touched so many lives in the work place and in the community, as well as hundreds of staff that have been involved in providing care and support for John throughout the years. The immeasurable impact John made in the people’s lives who knew him will never be forgotten.

John had a unique understanding of being able to read people. John was well known for his love of music, overly affectionate greetings, and a larger than life personality. John’s love of music was demonstrated by his ability to lead any special event, whether it be announcements at a birthday party, dancing at a luau in Hawaii, or a hymn at church. John also had a wide variety of interests that involved a love of musicals, such as Wizard of Oz and Grease; he loved Batman and the Batman theme song. John had multiple traveling adventures to Branson, Las Vegas, California, Florida and Hawaii. Camp Confidence and the Special Olympics were very important to John. John recently enjoyed watching the Price Is Right. John was a member of the Morris Community Church, RFC, ARC Stevens County, and the Morris Special Olympics.

To order memorial trees or send flowers to the family in memory of John Hanson, please visit our flower store.