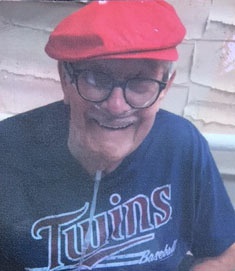 The memorial service for John Inman of Morris, Minnesota, will be held Friday, March 31, 2017 at 1:00 p.m. at West Wind Village in Morris. Reverend Micah Tanis and Reverend Marlin Mohrman will be officiating. Visitation will be held one hour prior to the service. Burial will be at Fort Snelling National Cemetery Minneapolis, Minnesota at a later date.

John Calvin Inman, son of Calvin and Alice (Johnson) Inman, was born on July 11, 1930 in Wayzata, MN. He grew up in Mound, Minnesota, where he attended school until his senior year. John graduated from Hutchinson High School in May of 1948. Following his schooling, John returned to Mound, where he worked various jobs in Minneapolis and Mound. In February of 1949, John joined the United States Navy, where he served until February of 1950. After his honorable discharge from the Navy, John continued to work in the Minneapolis and Mound areas. In December of 1960, John moved to California. In 1961, he began working for Marshall and Swift Publication Company. John moved to Spring Park, MN in 1972 and began working with Pauly Business Forms in Plymouth, MN until retiring in April 1994. Following his retirement, John made his home in Morris, MN. While in Morris, John helped his friend, Willie Martin deliver groceries, worked as custodian at St. Paul's Lutheran Church and also worked part time at McDonalds. John continued to live in Morris until the time of his death. To order memorial trees or send flowers to the family in memory of John Inman, please visit our flower store.