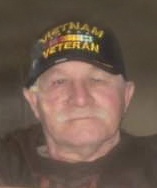 Memorial Services for John Kirk, of Morris, Minnesota will be on Wednesday, September 4, 2019 at 2:00 p.m. at the First Baptist Church in Morris with Reverend Micah Tanis officiating. A visitation will be one hour prior to the services at the church.

John Nelson Kirk was born on September 19, 1938 in West Virginia to Howard and Ethel (Neely) Kirk.  John was raised in the Fayetteville area where he attended school.  John served his country during the Vietnam War with the United States Army.  Following his time in the Army, John made his home in San Diego, California where he met and later married Janice Bauduin.  The couple had one son, Johnny.   John lived in several areas throughout the United States and in 1984, while living in Las Vegas, Nevada, he married Frances Belanger.  The couple lived in Utah and Nevada before moving to the Minneapolis/St.Paul area in 1990, where they managed apartments.  In 1997, they moved to Morris.  Fran preceded John in death in 2013.

John attended the First Baptist Church in Morris.  He enjoyed working with his hands: welding, building birdhouses, planting flowers, and doing yardwork.  John also loved riding his Harley Davidson Motorcycles, tinkering in his garage, and his dog, Max.  Most importantly, John cherished the time he was able to spend with his family.

To order memorial trees or send flowers to the family in memory of John Kirk, please visit our flower store.