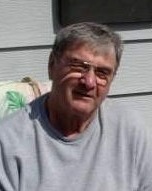 Memorial services for John Olson of Starbuck, Minnesota, will be held Friday, January 6, 2023 at 2:00 p.m. at the Starbuck Funeral Home in Starbuck, with Reverend Paul Johnson officiating.  Visitation will be on hour prior to the service.  Burial will be in Fron Lutheran Cemetery, rural Starbuck at a later date.

John Henry Olson, son of Orville and Lucille (Overson) Olson, was born November 22, 1940 in Starbuck, Minnesota.  He was baptized and confirmed at Fron Lutheran Church.  John grew up and attended school in Starbuck, graduating with the class of 1959.  John was a tri-sport athlete, playing baseball, football and basketball.  Following his graduation, John attended Moorhead State University for a short time before enlisting in the United States Army where he served two years before being honorably discharged.  He was united in marriage to Jan Duenow on May 2, 1966.  They were blessed with one son, Michael.  The family lived in Bloomington, MN where John began working for North Star Concrete later named Hanson’s Concrete.  The family later moved to their home in Starbuck.  John continued working for the concrete business in the metro area, traveling every week, until his retirement in 2005.  John continued to live in Starbuck until the time of his death.

John enjoyed hunting, fishing and playing softball and baseball.  He was inducted into the High School Baseball Hall of Fame.  He also enjoyed spending time on his deck, tanning in the sun and watching birds and squirrels.  After his hunting years, you would also catch him feeding deer in his back yard.  John always kept up a beautiful lawn and loved spending time outside.  You could also find him enjoying a game of bingo, playing pull tabs and taking an occasional trip to the casino.  Most of all John loved spending time with his family, and socializing with his friends.

John passed away peacefully, with family by his side, on Thursday, December 15, 2022 at his home in Starbuck.  He was 82 years old.

He is survived by his wife: Jan Olson of Starbuck; one son: Michael Olson of Cyrus; one grandson: Christopher Olson of Starbuck; six siblings: Karen (Bob) Swenson of New Hope, RoseAnn (Tom) Ruhland of Minnetrista, Ken (Donna) Olson of Satellite Beach, FL, Joyce (Jeff) Mix of Moreno, CA, Wayne (Robin) Olson of Elk River and Evie (Hugh) Olson of Starbuck and many nieces and nephews.  He was preceded in death by his parents and two sisters: Mary Johnshoy and Betty Olson.

Starbuck Funeral Home in Starbuck is in care of the arrangements for John.
To order memorial trees or send flowers to the family in memory of John Henry Olson, please visit our flower store.
Olson, John.pdf
Open