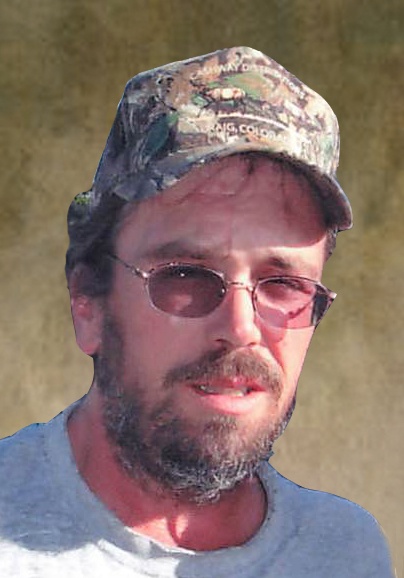 Funeral services for Jon Thielke will be held on Friday, November 6, 2020 at 11:00 a.m. at St. John's Lutheran Church in Hancock.  There will be limited seating at the church building; but additional seating and a livestream of the service will be available at Buddie's Bar and Grill in Hancock.  Reverend Bruce Hanneman will be officiating.  Visitation will be on Thursday, from 5-7:00 p.m. at the Pedersen Funeral Home in Morris.  Burial will be at Lakeside Cemetery in Hancock.

There will be a live stream of Jon's service starting at 11:00 a.m. on Friday, November 6, 2020, at Buddie's and also on the funeral home website.  To view the service on the Pedersen Funeral Home website, scroll to the bottom of Jon's obituary page and clink the link.

Jon Carl Thielke, son of Eyvonne (Razink) and LaVaughn Thielke, was born on October 11, 1965 in Morris and has lived in Hancock his whole life. He graduated from Hancock High School in 1984. During that time, he helped his dad haul cattle. After high school he milked cows, helped on various farms, and after, began his truck hauling career. Before high school, on December 4, 1980, he met the love of his life, Karen Wevley, on a blind date. Nine years later they were married on the beautiful day of October 14, 1989, surprised with a horse and buggie. They were happily married, with many dogs, for next the 31 years. During that time, Jon co-owned TZ Trucking before working on his own. He bought his first truck in 1995. He continued that for the next five years and his wife and Rosie (their Chihuahua) joined him in the summertime. Jon drove for various companies for several years before he drove for Riverside Express in Hancock hauling hogs locally and to many other states with Karen. During his trucking career, he drove over 5 million miles. He then moved to Hancock Concrete and worked at Superior for the last 7 years and was a member of St. John’s Lutheran Church.

He enjoyed hunting, his dog, and his wife (in that order). Some of his hobbies included lifting 12 ounces at a time, four-wheeling and fishing. Jon also had a camouflage addiction, an obsession with caps, and really enjoyed hunting out West. Jon and Karen had taken an Elk hunting trip for their 25th and 30th wedding anniversary.

Jon lost his battle against cancer on Sunday, November 1, 2020 at the Sanford Medical Center in Fargo, at the age of 55.

He is survived by his wife Karen Thielke of Hancock; one sibling Pepper; his brothers, Harlow (Cathy) Thielke of Chaska, Rick (Cindy) Thielke of Hancock and Todd Thielke of Breckenridge; his mother, Eyvonne Thielke of Hancock; and numerous nieces and nephews. He is preceded in death by his four-legged siblings: Babe, Buster, Shooter, Rosie, and Max; his father, LaVaughn Thielke; numerous aunts and uncles; his in-laws, Raymond and Esther Wevley, and brother-in-law, Glen Wevley.

IN HONOR OF JON, THE FAMILY REQUESTS THAT THOSE WHO ATTEND THE VISITATION AND SERVICE WEAR CAMOUFLAGE.

To order memorial trees or send flowers to the family in memory of Jon Thielke, please visit our flower store.