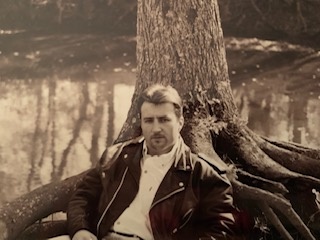 Memorial services for Joseph William Marks III of Morris, MN, formerly of Phoenix, AZ will be held Tuesday, June 14, 2022 at 11:00 a.m. at the Morris Evangelical Free Church in Morris. Joe's service is available for viewing following this link. https://youtu.be/fdywgLzDOSM.

Joseph William Marks III, son of Joseph Marks Jr. and Mary Jane Edwards (McKee), was born September 10, 1967, in Prince George’s, Maryland.  Joe grew up and attended school in Suitland, MD just outside of Washington D.C., graduating from Central High School in 1985.  Following his schooling, Joe enlisted in the United States Army where he served a year.  After his honorable discharge from the Army, Joe entered the workforce working primarily in the food and beverage industry as a Sous Chef.  He was united in marriage to Nizhoni Yazzie on October 29, 2002, in Mesa, AZ.  They were blessed with four children: Joseph, Chenoa, Aaron and Reuven whom they raised in Arizona.  Joe later attended Liberty University receiving a bachelor’s degree in Religion. From 2011 to 2013, the family lived in Ontario, Canada while Nizhoni attended graduate school. When she completed her schooling, the family returned to Arizona before moving to Morris, Minnesota in 2019, where he continued to live until the time of his passing.

Joe was a faithful follower of Christ.  He was a member of Christ Church of the Valley in Peoria, AZ and most recently attending Morris Evangelical Free Church.  He enjoyed cooking and going to baseball games.  When the Arizona Diamondbacks won the World Series in 2001, he became a huge baseball fan and the whole family loved going to games together.  Joe loved to explore and plan trips for his family.  Every weekend he would have a new adventure for them, whether it be a new local restaurant, or going to a new place they had never been. Family time was the most important thing in the world for Joe.  He will be missed deeply by his wife and children.

Joe passed away Thursday, May 26, 2022 at Lake Region Health in Fergus Falls, MN following a courageous battle with cancer.  He was 54 years old.

He is survived by his wife: Nizhoni Marks of Morris; four children: Joseph William Marks IV, Chenoa Marks, Aaron Marks and Reuven Marks all of Morris; his father: Joseph Marks Jr. of Wake Forest, NC; his mother: Mary Jane Edwards of Oklahoma City, OK; sister: Bernadette Marks of Burns Flat, OK and half-sister: Bridgette Durham of Georgia. He was preceded in death by his step-mother: Jean Marks and his grandparents.

To order memorial trees or send flowers to the family in memory of Joseph Marks III, please visit our flower store.