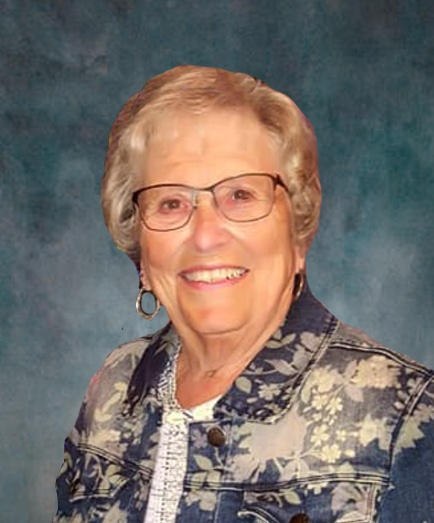 Funeral services for Joy Aaberg, of Starbuck, will be held Thursday, January 6, 2022 at 11:00 a.m. at Fron Lutheran Church in Starbuck with Reverend Paul Johnson officiating.  Visitation will be Wednesday from 5 to 7 p.m. at the Starbuck Funeral Home in Starbuck and for one hour prior to services at the church on Thursday.  Burial will be in Fron Lutheran Cemetery, rural Starbuck.

Joy Yvonne Johnson, daughter of Herman “Butch” and Orrie (Tenneson) Johnson, was born March 11, 1931 with twin brother Gene, in Ada, Minnesota where she was baptized and spent her early years.  The family later moved to Glenwood, Minnesota where she was confirmed and attended school.  During her junior year of high school, the family moved to Starbuck and she graduated from Starbuck High School in 1949.  Following her schooling, Joy began working for Dr. Larson as a dental assistant. She also worked as a telephone operator at Starbuck Telephone Company.  Her twin brother, Gene introduced her to his fishing partner, Palmer Aaberg and the couple began dating.  On June 26, 1954, Palmer and Joy eloped to Nashua, Iowa and were married at The Little Brown Church in the Vale.  They made their home in South Minneapolis where they were blessed with four children: Paul, Allan, Amy and Gail.  In 1973, the family moved to Starbuck, Minnesota.  Following Palmer’s retirement, Joy and Palmer spent many winters in Texas and Arizona.  Joy wintered south until she was 89 years old! In the Spring of 2020, Joy moved to Holly Ridge in Starbuck where she continued to live until the time of her death.

Joy was a very active member of Fron Lutheran Church.  She was involved with sewing and quilting groups, bible study and served on many committees.  She was also a member of the Starbuck V.F.W. Auxiliary and was very involved with supporting Palmer with his career at the Post Office and Rural Letter Mail Carriers.  She was his right hand at helping as secretary.  Joy was also very active with her children’s activities.  She was the go-to mom always bringing snacks and bars to events.  She was a Girl Scout leader, member of the Starbuck Study Club, the Red Hats Club and Sons of Norway.  Joy loved bingo, traveling, shopping, baking, making lefse, knitting, crocheting and dancing with Palmer.  Family was so important to Joy.  She enjoyed going on skiing trips to Montana but never once put on a ski.  She always said she couldn’t ski but she could “chalet”. In August of 2019, Joy finally made it to Norway with her family; a trip that she had always dreamed about.  She was very proud of her Norwegian heritage.  Joy loved to have people over.  Her door was always open, and the coffee was always on.

Joy passed away Tuesday, December 28, 2021 at the Stevens Community Medical Center in Morris, Minnesota.  She was 90 years old.

In lieu of flowers, memorials are preferred. The family will be making donations in Joy’s name.

To order memorial trees or send flowers to the family in memory of Joy Aaberg, please visit our flower store.