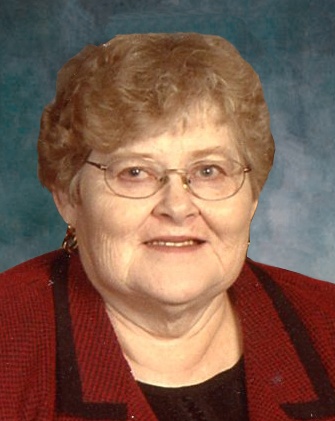 Memorial services for Joyce E. Olson of Alexandria, formerly of Donnelly, will be on Saturday, October 13, 2018 at 10:30 a.m. at Bethel Lutheran Church in Herman.  Reverend Irv Arnquist will be officiating. Visitation will be on Friday evening, from 5:00 – 8:00 p.m. at the Pedersen Funeral Home in Morris and for one hour prior to the services at the church in Herman. Burial will be on Saturday at 2:00 p.m. at Bethel Cemetery in Hoffman.

Joyce Elaine Jacobson was born on April 9, 1944 in Morris, Minnesota to parents, Clifford and Dorothy (Willhite) Jacobson.  She was baptized and confirmed at Kongsvinger Lutheran Church in rural Donnelly. Joyce was raised in the Morris-Donnelly area where she attended Donnelly Grade School and Morris High School, graduating with the class of 1962.  Following high school, Joyce moved to Washington DC where she was a secretary with the Civil Service. She then moved to St. Paul where she worked for the US Postal Service for the IRS. On a weekend back home, Joyce met Allen Olson at a dance; the two began dating and were married on September 16, 1967 at Kongsvinger Lutheran Church.  They made their home in Grant County where they farmed and raised their family. After her children were older, Joyce went back to work at Runestone Telephone Company, NASDA, an agriculture-related program, and the Senior Citizen Nutrition Center. Joyce worked until her health caused her to retire. Allen preceded Joyce in death on July 27, 2017; she continued to live in Donnelly until September 1, 2017 when she became a resident of Knute Nelson in Alexandria where she lived until the time of her death.

Joyce was a member of Bethel Lutheran Church where she served on the LCW, and also belonged to the Country Capers Homemaker’s Club.  Joyce planted a huge garden; canning and freezing produce yearly. She was prepared for everything – people will remember her huge purse that had everything in it!  Joyce was a genuine ‘people-person’, and loved chatting, connecting, and keeping up with their families. She had an amazing memory of important dates and information in the lives of others.

Joyce is survived by her four children: Julie (Mike) Algaard of Rogers, Scott (Stephanie) Olson of Morris, Tami (Damian) McAllister of Fargo, ND and Tim (Shannon) Olson of Albany; 12 grandchildren; siblings: Thomas (JoAnn) Jacobson of Morton, MN and Jeanne (Rod) Brustuen of Revillo, SD.  Joyce is preceded in death by her husband, Allen; her parents and one brother, Richard Jacobson.

Pedersen Funeral Home in Morris is in charge of arrangements for Joyce.

To order memorial trees or send flowers to the family in memory of Joyce Olson, please visit our flower store.