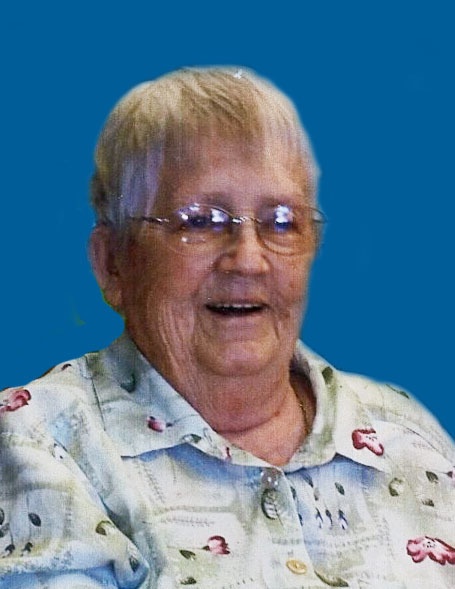 The funeral for Judith Florence Nelson of rural Morris, Minnesota will be held on Monday, December 26, 2016 at 2:00 p.m. at Pedersen Funeral Home in Morris, MN, with Minister Minette Stalheim Johnson officiating. Visitation will be Monday from 1:00 pm to 2:00 p.m. at the funeral home. Burial will be at the Summit Cemetery, Morris, Minnesota.

Judith F. Nelson, daughter of Clarence and Florence (Christiansen) Johnson was born April 28, 1934 in Logan Township, Grant County, Minnesota. Judy was baptized and confirmed at Our Saviors Lutheran Church in Norcross. She received her education in Norcross, MN and then went on to attend West Central Ag School of Morris, graduating in 1951. Judy was united in marriage to Leonard Nelson July 11, 1952 at Our Savior's Lutheran Church in Norcross, MN. The couple began farming in the Norcross/Herman area before purchasing a farm near Alberta, Minnesota in 1964. They raised beef & dairy cattle along with other livestock. Judy worked side by side with Leonard in the fields; spring, summer and fall. She also worked outside the home taking census in the area several times. The couple retired from farming in the mid 1980's and continued to live on the farm until moving into Morris in 2006. In 2013 she became a resident at the Minnewaska Lutheran Home in Starbuck, Minnesota.

Judy was a very talented crafter. She enjoyed knitting, crocheting, embroidery, sewing, rug making, gardening and numerous other crafts. She loved the days that were spent camping, playing cards and board games with family and friends. She taught Sunday school at the Alberta Trinity Lutheran Church of Alberta, was an Election Judge for Pepperton Township, served on the Stevens County Fair Board, and was a member of the Stevens County Homemakers and the Alberta Wildlife Federation. She will always be remembered for her cooking, canning, baking, and her beautiful needle work. She had a very special love for her grandchildren. Judy was a devoted wife, mother, grandmother and great grandmother.

Judy died on Wednesday, December 21, 2016 at the Minnewaska Lutheran Home in Starbuck, Minnesota, having reached the age of 82 1/2 years old. Judith "Judy" Nelson
To order memorial trees or send flowers to the family in memory of Judith Nelson, please visit our flower store.