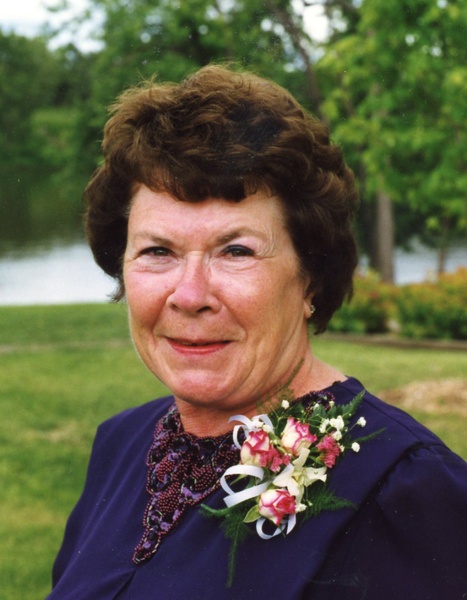 Funeral services for Katherine “Kathy” Amborn of Morris, MN will be held Thursday, September 14, 2017 at 10:00 a.m. at Federated Church in Morris, with Reverend Lauren Hauger officiating. Visitation will be Wednesday from 5 to 7 p.m. at the Pedersen Funeral Home in Morris and for one hour prior to services at the church on Thursday. Burial will be in Summit Cemetery in Morris.

Katherine Irene Sheets, daughter of Ralph and Lois (Way) Sheets, was born July 10 1930 in Tracy, Minnesota. Kathy’s family lived on a farm near Herman, MN, where she attended and graduated from Herman High School in 1948. She continued her education at the Minnesota School of Business in Minneapolis. On February 5, 1949, Kathy was united in marriage to Louis Ferdinand Amborn at Federated Church in Morris. The couple lived in Morris, where they raised their children.

Kathy enjoyed fishing, tending the many flowers in her yard, going to the casino and playing canasta with her grandchildren. She was known as “Mimi” to all the many friends that were brought home and they soon became her kids too.

She is survived by two sons: Allan (Joyce) Amborn of Morris and Dan (Patsy) Amborn of Luverne; one daughter: Julie (Bob) Ries of Monticello; eight grandchildren; ten great-grandchildren; one brother: David Sheets of Beaverton, OR and many nieces and nephews. She was preceded in death by her husband, Louis; her parents and one sister: Valda (Rodean) Blasing.

Katherine's Memorial Folder
To order memorial trees or send flowers to the family in memory of Katherine Amborn, please visit our flower store.