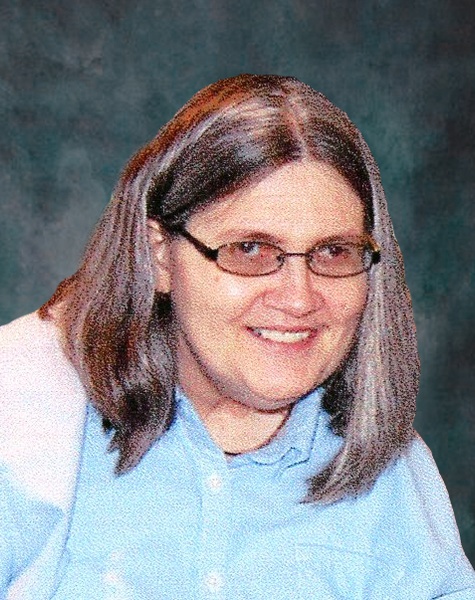 Kathy grew up on her parents’ dairy farm near Hancock, MN.  While living on the farm, she loved horseback riding, climbing trees in search of nesting baby birds, tending to the animals and helping her brother with various projects and chores around the farm.   She loved to be outside – she was definitely an “outdoor girl”.   She enjoyed getting together with the neighbors and often went horseback riding with the Anderson girls who lived just down the road. She was always a “neatnik” and loved to have everything in her room organized exactly the way she wanted it.  She could tell if one of her sisters had used her hairbrush and placed it one half inch from where she had originally placed it on her dresser.

Tragically, Kathy was in a life altering car accident on September 29, 1972 resulting in a traumatic brain injury that caused her life to change dramatically.  She was in a coma for three months and in a semi-comatose state for several months after that.   Gradually, she began to communicate with her family and she slowly learned to walk again with a cane.   Even though she never had use of her left arm following the accident, she learned to take care of all of her own personal needs.  She loved to sunbathe in the summer and got herself situated outside with a blanket, sun tan lotion, her radio and her purse.  She never let her purse get out of her sight in those days! She carried it with her everywhere she went and she collected many gorgeous handbags over the years all organized to perfection.  She has always loved listening to music especially 1970’s rock and roll including the Rolling Stones, Led Zeppelin, the Doors and her beloved Aerosmith.  She always dreamed of meeting Stephen Tyler in person and when he was a judge on American Idol, she practically “swooned” over him when she watched the show.  Throughout the years, listening to music became her favorite pastime and she had a passion for music beyond any other hobbies and was never in her room without her radio or favorite CD playing

Kathy also loved going on shopping trips with her sisters and her Mom and was thrilled to get a new pair of blue jeans that were exactly like the ones she already had!  She insisted on wearing a belt looped into her jeans long after it was out of fashion, but it was her “trademark” and she didn’t want to change it until finally, in recent years, she decided the belt wasn’t very comfortable.  She loved getting her nails done, having her hair braided and insisted on keeping her hair long.  She loved going to her sister’s cabin up north and looked forward to her annual vacations with her sister, Jan and their good friend, Connie. She thoroughly enjoyed attending all of the family gatherings over the years.  She enjoyed going out to eat especially the Dairy Queen.  Even in the last months of her life, she still loved ice cream even though she was not eating much of anything else.

Kathy was grief stricken when her Mom died in 2011 but she still managed to persevere and carry on with her life.  She was impeccably honest and always told the truth often with a blunt choice of words, but her words were usually laced with her unique sense of humor.   When she was angry, she could lash out with more “curse words” than most learned in a lifetime!  Following the car accident in 1972, her short-term memory was very poor, but her long-term memory was amazing.  She could remember the names of all of the dairy cattle on the farm and could name them in the order they stood in the barn waiting to be milked.  She had excellent hearing and there were times when family members were having conversations in the kitchen of her parents’ house and she would yell out responses all the way from her bedroom.  She heard everything!

Sadly, because of her brain injury, Kathy’s health started declining over the past few years until she became almost bedridden in 2019 and couldn’t do anything for herself any more.  From 2010 to the time of her death, she lived in residential care centers first in Morris, then in St. Paul, MN.  She received excellent care at Legacy Living in Morris, Heartwood Homes in Morris and finally Thomas Allen Homes in St. Paul, MN where she moved in 2016 to be closer to most of her siblings.  The staff and residents at these various homes became her second family and they always surrounded her with love.

Kathy is survived by her four siblings including Karen (Gerald) Hoffman of Kensington, MN., Dennis (Jessie) Benson of Somerset, Wisconsin, Jan Anderson of Spring Park, MN, and Sandy (Nicholas) Tierney of Stillwater, MN. , her aunt , Minnie Benson of Morris, MN, two first cousins , Gary (Gail) Benson and Luann (Tom) Kaeter  together with  many nieces and nephews, friends and caregivers.  She was preceded in death by her parents, Myron and Doris Benson of Morris, MN, one sibling, Wendy Sue Benson who died at the age of 14 months in 1965 and her beloved cousin, Randy Benson, who died at the age of 15 in 1973.   Kathy will be sadly missed by her family and all of the lives she touched over the years.

To order memorial trees or send flowers to the family in memory of Kathleen "Kathy" Benson, please visit our flower store.