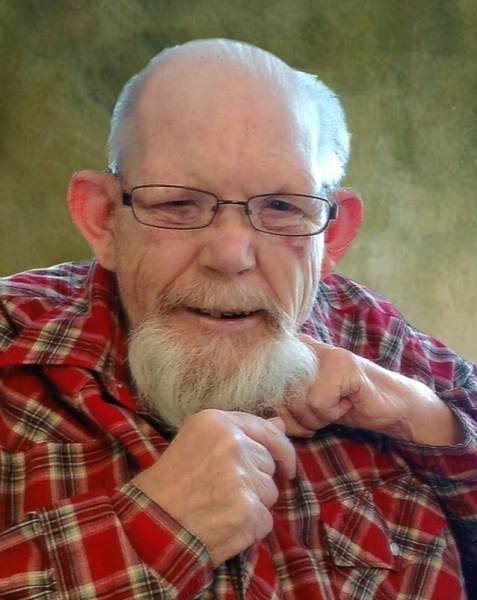 Funeral services for Keith Lonergan of Morris will be held on Friday, March 15, 2019, at 2:00 p.m. at Pedersen Funeral Home in Morris with Reverend Lauren Hauger officiating.  A visitation will begin at 1:00 p.m. until the time of the service.  Burial will take place at a later date at Calvary Cemetery in Morris.

Keith Anthony Lonergan was born on January 8, 1940, in Morris, Minnesota, to Maurice and Ethel (Martinson) Lonergan.  Keith lived with his family in Morris until 1952, when he moved to Faribault, Minnesota.  In 1967, Keith moved to Redwood Falls, Minnesota. Keith moved back to Morris in 1988, at which time he lived at the Woodland Home. In 2012, he moved into the Driftwood Home, where he lived until his death.

Keith worked at the DAC, where his favorite job was crushing cans using “his” can crusher.  In 2000, Keith semi-retired and was elated to have Fridays off.  He was able to continue cutting back hours at work and on June 1, 2017, Keith fully retired.

Keith attended Confidence Learning Center in Brainerd for many summers and loved it.  While there he was fond of boating, fishing and driving the pontoon (too fast). He also traveled to California and Florida, especially enjoying Disneyworld.  At home, Keith would sit outside for hours on nice days, watching people and the cars drive by.  He also liked to sit by the window and watch the birds and squirrels at the feeders. Keith was always full of questions while visiting with people around town and calling loved ones on the phone.  He enjoyed attending friends’ weddings, riding in Craig’s truck to the Stock Yards, and attending Twins games with Ivy.  A few of Keith’s favorite things were: going out for a cheeseburger and beer, apple pie and coffee, KKOK radio, Westerns, and John Wayne.  Keith loved kids and all of the staff that became his extended family. Keith treasured celebrating birthdays, lazy afternoons and Christmas morning with John, Tabatha, Carter and Blake.

Keith is survived by his sisters: Pat Proudfoot of Morris, Bev (Bob) Giese of Morris, Arlene Nevland of Yuma, AZ, Addie Fowlds of Minneapolis, and Margaret Lonergan of Minneapolis; many nieces, nephews, cousins and friends.  He is preceded in death by his parents, Maurice and Ethel; and two brothers: Donald Lonergan and Jerry Lonergan.

Pedersen Funeral Home in Morris is in charge of arrangements for Keith.

To order memorial trees or send flowers to the family in memory of Keith Lonergan, please visit our flower store.