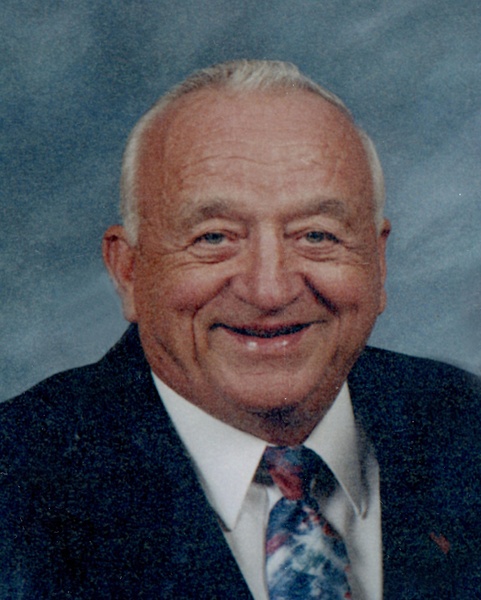 A memorial service for Kenneth Hauggorde, of Morris, Minnesota will be held on Tuesday, March 8, 2016 at 2:00 p.m. at the Pedersen Funeral Home in Morris. Reverend Michael Hanson will be officiating. Visitation will be one hour prior to the service at the Pedersen Funeral Home. Private burial will be held at a later date in Summit Cemetery in Morris.

Kenneth Duane Hauggorde, son of Oscar and Eleanor (Hardy) Hauggorde, was born on November 11, 1933 in Brainerd, Minnesota. Ken grew up and attended school in Little Falls, MN, graduating in 1951. Following his schooling, he began working in southern Minnesota as a surveyor and engineer for the Minnesota Department of Transportation. He was united in marriage to Deloris Mae Kowalski on December 5, 1953 in Minneapolis, Minnesota. Ken served in the United States Army from 1955-1957. Following his honorable discharge, he returned to Minnesota where he continued to work for the Minnesota Department of Transportation, retiring in 1990 in the Mankato, MN office. Following his retirement, he enjoyed many winters with his wife in Weslaco, Texas. Deloris died on February 23, 2015. Ken continued to live in Morris and Weslaco, TX until the time of his death.

Ken enjoyed hunting and fishing in Minnesota and Canada for birds and big game. Ken enjoyed traveling with his wife and family in the United States, Mexico and Europe. For over 50 years, Ken was a very active member in many branches of the Masonic Lodge and was elected in 1986 as the Head of all Royal Arch Masons in Minnesota. Ken was a great conversationalist and always liked to tell a joke a day.

He is survived by two daughters: Diane (Ken) Lesmeister of Morris and Karla (Don) Richmond of Minneapolis; one granddaughter: Kim (Dusty) Schroeder and three great-grandchildren: Devon, Dain and Korah Schroeder. He was preceded in death by his beloved wife of 61 years, Deloris; three brothers and one sister.

To order memorial trees or send flowers to the family in memory of Kenneth Hauggorde, please visit our flower store.