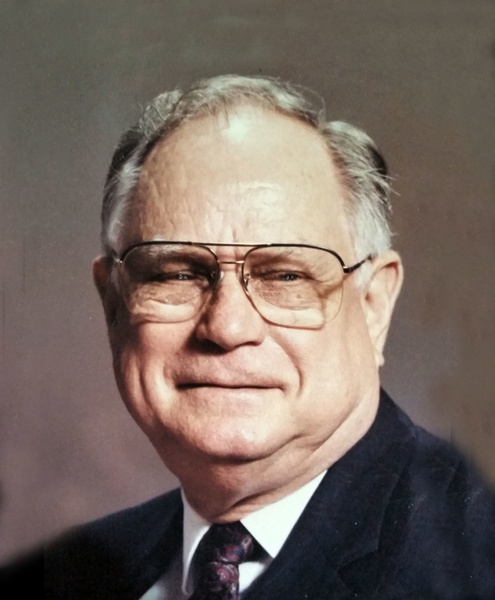 Funeral services for Kenneth Pedersen, of Alexandria, Minnesota, formerly of Morris, will be held on Friday, October 7, 2016 at 11:00 a.m. at First Lutheran Church in Morris. Reverend Dave Christenson will be officiating. Visitation will be on Thursday from 4 to 7 p.m. at the Pedersen Funeral Home in Morris and for one hour prior to the service at the church. Burial will be at Summit Cemetery in Morris.

Kenneth Laren Pedersen was born August 21, 1926 to Carl L. Pedersen and Aino Sorensen Pedersen on a farm near Carroll, Nebraska in Wayne County. In 1940 he moved with his family to Rendsville Township near Donnelly, Minnesota. He graduated from Morris High School in 1943 and then farmed with his father until 1950 when he was drafted into the United States Army. He served as an infantryman in Korea in the early part of the Korean War. He was discharged September 7, 1952 and returned to Donnelly. On September 12, 1952 he was united in marriage to Jean Marie Nystuen in Morris. The couple then started their career in funeral service. Ken graduated from the St. Louis College of Mortuary Science. He was then employed by the Anderson Funeral and Nelson Berger Funeral service in Sioux City, Iowa until 1963 when Ken and Jean and his brother Merrill and his wife Marlene started the Pedersen Funeral Home in Morris. The family owned and operated the funeral home until 1992, when they sold to the Vertin Company of Breckenridge, MN. Following retirement, Ken and Jean made their home in Alexandria, MN. Jean died November 8th, 1999. Ken continued to live in Alexandria until the time of his death.

He is survived by one son: Woodrow (Cindy) Pedersen of Glenwood; one daughter: Jane (Chris) Dahlem of Stevensville, VA; daughter-in-law: Mary Pedersen of Ivanhoe; 8 grandchildren: Mike, Brittany, Connie, Jeremy, Amy, Erika, Stephanie and Nicolas; 5 great-grandchildren; Logan, Kennedy, Crew, Collins and Elianna; One brother Merrill (Marlene) Pedersen of Alexandria and one sister: Mary Alyce (Jim) Thompson of Detroit Lakes and several nieces and nephews. He was preceded in death by his wife Jean; his parents; one brother, Donald and one sister in-law Barbara Pedersen of Wayne, NE and one son: Douglas Pedersen.