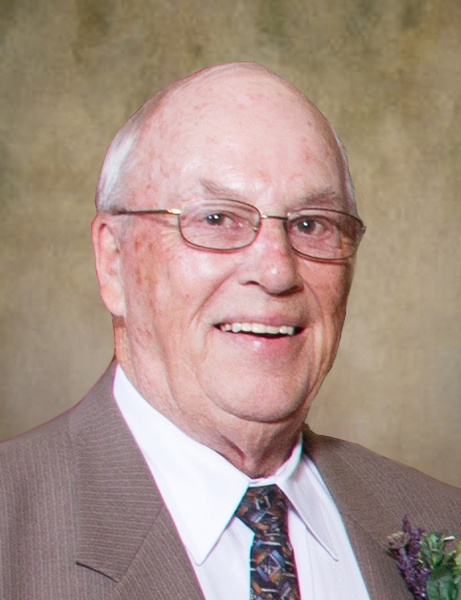 Larry Dean Kittelson was born on January 25, 1938 to Walter and Viola (Iverson) Kittelson at his family farm in Rolling Forks Township, Pope County, Minnesota.  Larry was baptized in Chippewa Falls Lutheran Church, and confirmed at West Lake Johanna Lutheran Church in rural Glenwood, Minnesota.  He attended Country School #16 and continued his education at Glenwood High School, graduating with the class of 1955.  After high school, Larry enlisted into the United States Air Force where he was a jet mechanic stationed in Germany and North Africa until 1959, when he was honorably discharged at the McGuire Air Force Base in New Jersey.  Larry then moved to the Cities where he attended the Dunwoody Institute for baking.  While visiting Glenwood, Larry met Linda Otterness at an event hosted at Lakeside Ballroom, the two began dating and were married on August 6, 1960 at Trinity Lutheran Church in Brooten.  The couple remained in Minneapolis while Larry finished his schooling and worked at Olson’s Bakery in Wayzata.  In 1961, Larry purchased the Starbuck Bakery, and he and Linda moved to Starbuck where they made their home and started their family.  In the years that followed they also owned and operated the Glenwood Bakery and Nodland Café. Currently, Larry and his two sons own and operate the Rosette Factory.

Larry was a long-time member of Fron Lutheran Church in Starbuck where he served on the church council and was currently the Vice President.  Larry was very civic minded and volunteered his time and support for many local organizations. He was a member of the ambulance committee that founded the Starbuck Ambulance. He was also instrumental in establishing the Starbuck Marina.  Larry was a member of the Glacial Ridge Trail Association, the Lions Club, the Masons, a Shriner, a member of Sons of Norway, and also a member of the Starbuck Fire Department for over 20 years.  Larry took great pride in being a member of the Starbuck community where he served on the City Council, and held two terms as the Mayor. Larry went on to serve as a Pope County Commissioner where he served since 2001. Commissioner Kittelson was presented with the 2013 Association of Minnesota Counties, Outstanding Achievement Award.  As a Commissioner, he served on numerous boards and committees such as; Emergency Services, State Community Health Services Advisory Committee (SCHSAC), Glacial Ridge Development Association, Horizon Public Health, Pope County HRA/EDA, Lakeland Mental Health, PrimeWest Health, Supporting Hands Nurse Family Partnership, West Community Action Partners and Association of Minnesota Health & Human Services boards, and served as the Chair for several of them. In his spare time, Larry enjoyed attending any and all events that his grandchildren participated in. He loved to go for drives with Linda, and usually found a casino “on the way.” Larry was also a frequent visitor to the card room where he shared the camaraderie with the guys, and caught up on all the news. Larry was also a history buff who enjoyed watching the History Channel in his spare time.

Larry died unexpectedly on Saturday, September 15, 2018 at the St. Cloud Hospital in St. Cloud, he lived to 80 years.

To order memorial trees or send flowers to the family in memory of Larry Kittelson, please visit our flower store.