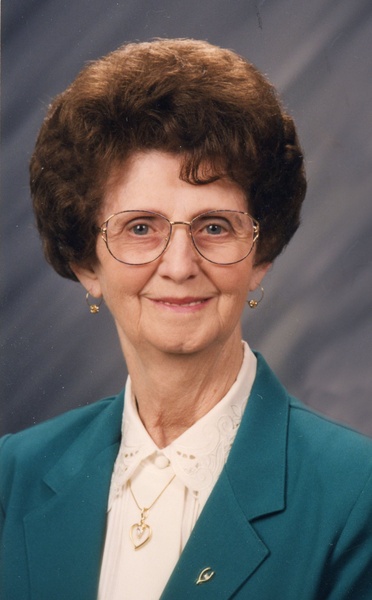 Memorial services for Laura Kittelson of Starbuck, MN will be Friday, December 11, 2015 at 1:30 p.m. at the Minnewaska Lutheran Home Commons in Starbuck. Visitation will be one hour prior to services. Burial will be in the Appleton City Cemetery in Appleton.

Laura Minnie Hein, daughter of William and Marion (Woodard) Hein, was born December 4, 1925 on a farm near Ortonville, Minnesota. She was baptized on July 15, 1926 at her grandpa and grandma Hein's home near Odessa, MN and confirmed March 29, 1953 at the Louisburg Lutheran Church in Louisburg, MN. Laura attended school in Correll for eleven years and graduated from Odessa High School in 1944. On March 3, 1946, she was united in marriage to Orval Kittelson at the Zion Lutheran Church in Appleton, MN by Reverend Belgum. The couple made their home near Louisburg, where they farmed for 44 years. After retiring from farming in 1990, Orval and Laura moved to their home on the south shore of Lake Minnewaska. Orval passed away in 2001. Laura moved to the Minnewaska Lutheran Home in Starbuck in October 2013, where she continued to live until the time of her death.

Laura died on Saturday, December 5, 2015 at the Minnewaska Lutheran Home in Starbuck, MN. She lived to 90 years.

To order memorial trees or send flowers to the family in memory of Laura Kittelson, please visit our flower store.