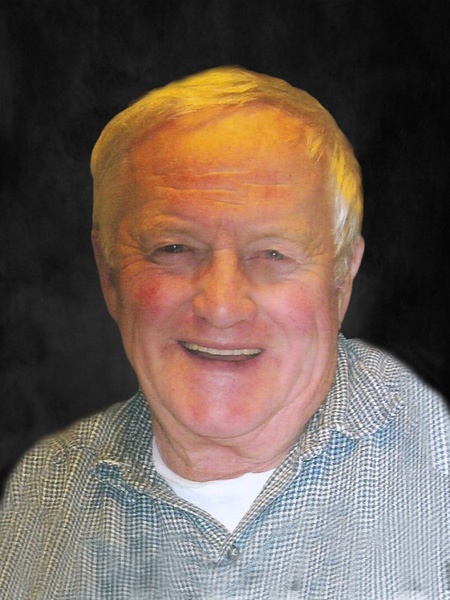 Celebration of life services for Lauren Sansness of rural Cyrus will be held Friday, December 8, 2017 at 2:00 p.m. at St. Johns Lutheran Church, rural Starbuck.  Visitation will be Thursday from 5 to 7 p.m., with a time of sharing at 6:30 at the Starbuck Funeral Home in Starbuck and for one hour prior to services at the church on Friday.  Burial will be on Wednesday, December 6, 2017 at 11:00 a.m. at St. Johns Lutheran Cemetery, rural Starbuck.

Lauren Melvin Sansness was born to Lawrence Melvin Sansness and Hazel (Anderson) Sansness on a farm near Cyrus, Minnesota, July 3, 1935.  He was baptized on August 4, 1935, and also confirmed in the Lutheran faith at the St. Johns Lutheran Church on April 23, 1950, by Pastor Gerhard O. Forde.

He completed both grade and high school in Cyrus, graduating from Cyrus High School in 1953.  After completing one year at Concordia College, he transferred to the University of Minnesota.  He graduated from the University of Minnesota on June 15, 1957 with a Bachelor of Science Degree in Agricultural Education.  Following graduation, he taught Vocational Agriculture in Glenville, Minnesota for six months.  Then on February 8, 1958, he left for Fort Leonard Wood, Missouri for basic training in the Army.  Advanced Infantry Training was completed at Fort Ord, California, on August 6, 1958.

It was during his senior year at the University that he became aware of the need for educational personnel on our mission fields, and this was probably God’s will for his life.  On September 15, 1958, the Board of Foreign Missions of the Evangelical Lutheran Church extended a call to him to serve on the mission field in Tanganyika.

He was united in marriage to Irene Anne Gerber on October 12, 1958, at the First English Lutheran Church in Ortonville, Minnesota.  The couple served together as mission workers in Tanganyika, Africa for four years.  In 1962, Lauren and Irene moved back to rural Cyrus and made their home on Macmel farm.  Lauren and Irene were blessed with three sons, Dean, Gary and Ryan.  Lauren retired in January of 2001, and continued to live on the farm until the time of his death.

Lauren was a lifetime member of St. Johns Lutheran Church where he was janitor, taught Sunday school and Confirmation, was VBS Director and council member.  He belonged to DHIA, Friends of Glacial Lakes State Park, Gideons International-Morris-Glenwood Camp, and LAMP.  They also hosted several international students through the 4-H Program and the World Press Institute.

Lauren died on Sunday, December 3, 2017 surrounded by his family at home in rural Cyrus.  He was 82 years old.

He is survived by his wife, Irene Sansness of Cyrus, sons: Gary Sansness of Detroit Lakes and Ryan (Amanda) Sansness of Carlos; three grandchildren: Andrew, Seth and Bree Sansness; sisters: Carol (Courtney) Engebretson of Starbuck and Pat Larson of Cave Creek, AZ. He was preceded in death by his parents; son: Dean Sansness and brother-in-law: Paul Larson.

Memorials will be given in Lauren’s name to Gideons International, Heifer International and The Central Asian Institute. Lauren's Memorial Folder
To order memorial trees or send flowers to the family in memory of Lauren Sansness, please visit our flower store.