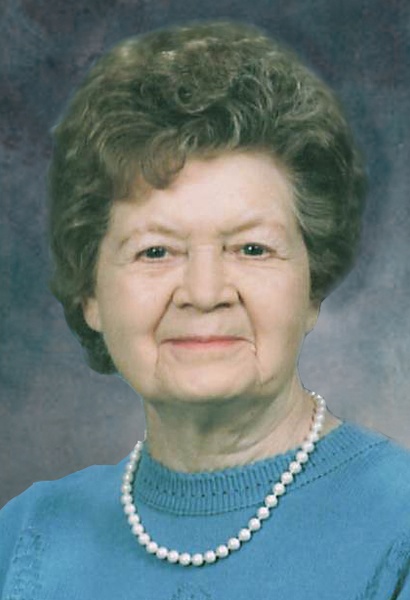 Funeral services for Lauretta will be held on Friday, August 20, 2021 at 11:00 a.m. at First Lutheran Church in Morris.  Reverend Dan Belgum will be officiating.  A visitation will be held one hour prior to the service at the church and burial will be at Summit Cemetery in Morris.

Lauretta Belva Martin was born the oldest girl of six children on April 15, 1923 to Worthing and Lillian Martin in Storden, Minnesota.  Lauretta moved around with her family in her younger years, growing up mainly in the Windom, Minnesota area.  She went to Windom public schools until the 8th grade, when her mother passed away, at that time, she stayed home to help raise her siblings.  While at a threshing bee in Windom, she met Marvin James Andreasen of Oakland, Nebraska.  They were married on August 17, 1944, in Oakland, where they continued to live, farm for ten years and start their family.  In 1954, the family moved to Farwell, Minnesota where they farmed for 25 years.  In 1979, Marvin retired from farming and the couple moved into Morris.  Marvin proceeded Lauretta in death in 2004, she continued to live in Morris until 2011, when she moved into Parkview Court Assisted Living in Glenwood for some extra help and to be closer to her family.

Lauretta was a member of First Lutheran Church in Morris.  She enjoyed bowling, playing in card clubs, sewing, knitting and crocheting, tending to her flower gardens and her animals, especially going for walks with her poodles.  For many years, Marvin and Lauretta would spend their Saturday nights at Lakeside Ballroom in Glenwood dancing.   Lauretta also loved spending time with her family and looked forward to her monthly trips to Wal-Mart with Marlene and Randy.

Lauretta died peacefully on Saturday, August 14, 2021 at the Glacial Ridge Hospital in Glenwood, having lived to 98 years.

Pedersen Funeral Home in Morris is in care of arrangements for Lauretta.

To order memorial trees or send flowers to the family in memory of Lauretta Andreasen, please visit our flower store.