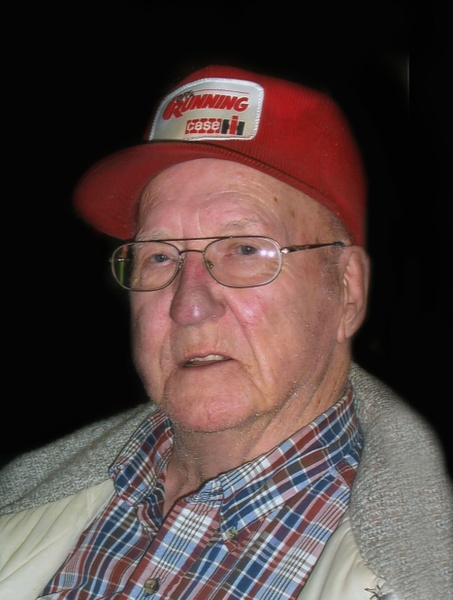 Celebration of Life services for Lee Pederson of Herman, MN will be held Thursday, December 22, 2016 at 10:30 a.m. at Bethel Lutheran Church in Herman, with Reverend David Hanssen officiating. Visitation will be Wednesday from 5 to 7 p.m., with a prayer service at 6:30 at Bethel Lutheran Church in Herman and for one hour prior to services at the church on Thursday. Burial will be in Lakeside Cemetery in Herman. Military rights will be provided by the Herman American Legion.

The fully lived life of Lee Pederson came to a peaceful end on Sunday, December 18, 2016 at the Barrett Care Center. Leland Carl Pederson, son of Carl and Christina (Johnson) Pederson, was born August 25, 1922 in Graceville, Minnesota. He grew up in Chokio, where he was baptized and confirmed at Our Savior's Lutheran Church. He attended and graduated from Chokio High School in 1940. He continued his education at Winona State Teacher's College for a degree in Elementary Education. With two quarters short, he was drafted into the United States Army. Lee proudly served his country in WWII as a paratrooper in the 82nd Airborne and that pride never faltered throughout his 94 years.

Lee began dating his future wife, Franny Keena, when he returned home from the war in 1946. They were married on September 17, 1949 and shared 62 devoted years with each other. Three children were born to this marriage, Dany, Jean and Mike.

Lee moved his family from Dawson, MN in 1955 to begin a long and successful career in the farm implement business, Pederson's Agri Service. In many ways he was just an ordinary guy working to support his family in a small west central community. In other ways, he was extraordinary, especially in the eyes of his family, friends and peers. He was a man of integrity, principles and hard work. His pride was always directed toward his family, career and community of Herman. Likewise, the pride of his children and grandchildren was always directed toward Lee, their father and grandfather, whose wise counsel, generosity and kindness was unsurpassed. We have all learned so much from how he so honestly lived and always believed in doing what was right.
Lee was an avid reader, bridge and whist enthusiast and puzzle king. He was a member of Bethel Lutheran Church, American Legion, Odd Fellows and Herman Foundation. "He saw all the good in life, stood tall and marched on!" To order memorial trees or send flowers to the family in memory of Lee Pederson, please visit our flower store.