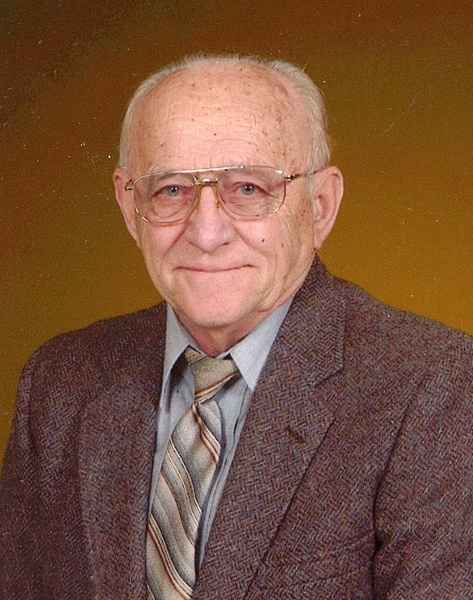 The funeral mass for Leo A. Perreault, of Morris, Minnesota will be held on Friday, January 22, 2016 at 10:00 a.m. at the Assumption Catholic Church in Morris. Celebrant for the mass will be Father Todd Schneider. Visitation will be Thursday from 5:00 to 7:00 p.m. at the Pedersen Funeral Home in Morris, and Friday one hour prior to the service at the church. Burial will be at the Calvary Cemetery, Morris.

Leo Arthur Perreault, son of Napoleon and Amanda (Paradis) Perreault was born on November 6, 1924 in Terrebonne Township in Red Lake County, Minnesota. He attended country school through the 8th grade and graduated from Red Lake Falls, Minnesota in 1943. Leo farmed until being drafted into the U.S. Army in 1946. After being honorably discharged in 1947, he returned home and continued to farm and work for his brother at Dave's Electric. Leo was united in marriage to Virginia Strand on July 6, 1949, in Terrebonne, Minnesota. Leo worked for Farmers Union Oil in Red Lake Falls, the mines near Chisholm, the Big Five Coop in Detroit Lakes and then went auditing for the Hillestad Auditing firm doing cooperative auditing. In 1960 the family made their home in Morris where Leo worked at the Morris Coop. He later took over the auditing firm and it became Leo Perreault, P.A. and continued to run the business until his retirement in 1990. After retiring, Leo and Virginia continued to live in Morris and for several years wintered in Florida.

Leo enjoyed camping, woodworking, snowmobiling, boating and playing cards. He truly loved his family and instilled into his children and grandchildren that life was about spending time together, having fun and being active. The family will always cherish the time spent together.

In Lieu of flowers, the family requests memorials are given to the Lakeland Hospice in Fergus Falls, Minnesota.


To order memorial trees or send flowers to the family in memory of Leo Perreault, please visit our flower store.