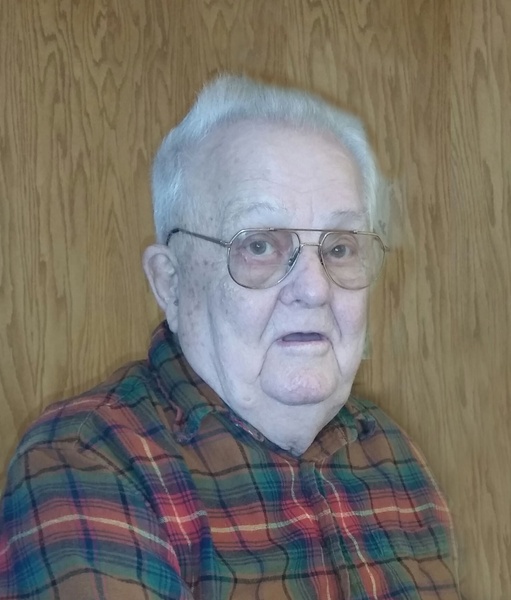 Leonard E. Nelson, son of Chris and Rose (Henricksen) Nelson was born on October 18, 1923 in Pepperton Township near Alberta, Minnesota. He attended country school before graduating from Alberta High School in 1943. Leonard then entered the U.S. Navy serving his country during World War II. After being honorably discharged in 1946, he returned to Minnesota and resumed farming with his family. Leonard was united in marriage to Judith Johnson on July 11, 1952 at Our Savior's Lutheran Church in Norcross. The couple began farming in the Norcross/Herman, Minnesota area before purchasing a farm near Alberta, Minnesota in 1964. Leonard raised beef & dairy cattle along with other livestock. He also spent a few years doing custom harvesting and blowing snow for the Stevens County Hwy Dept. The couple retired from farming in the mid 1980's and continued to live on the farm until moving into Morris in 2006. In 2013 he became a resident at the Minnewaska Lutheran Home in Starbuck, Minnesota.

Leonard enjoyed hunting, fishing, camping, playing cards and board games with family and friends. He served on the Pepperton Town Board & Alberta Wildlife Federation for many years. He will always be remembered for his practical jokes & mischievous sense of humor. Leonard was a devoted husband, father & grandfather.

Leonard died on Friday, December 18, 2015 at the Minnewaska Lutheran Home in Starbuck, Minnesota, having reached the age of 92 years old. To order memorial trees or send flowers to the family in memory of Leonard Nelson, please visit our flower store.