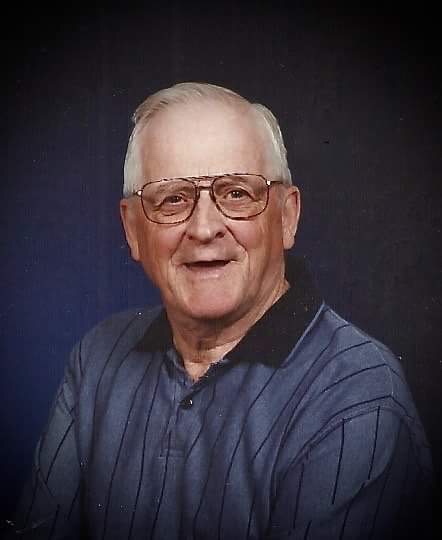 The memorial service for LeRoy “Bud” Quitney, of Starbuck, Minnesota will be held on Tuesday, July 17, 2018 at 10:30 a.m. at the Fron Lutheran Church, with Reverend Paul Johnson officiating. Visitation will be on Monday from 5 to 7 p.m. and Tuesday one hour prior to services at the church. Burial will be at the Fron Lutheran Cemetery, Starbuck.

LeRoy “Bud” Quitney was born on May 18, 1928, to Roy and Ruth (Swenson) Quitney in Ben Wade Township near Lowry, MN. He was baptized and confirmed at St. Pauli Lutheran church.  He attended District 76 School and graduated from 8th grade.  He helped on the home farm and eventually enlisted in the army.  After honorable discharge he was the operator of the Starbuck Feed Mill until retirement.

He married Marilyn Hoverud on September 6, 1958, and celebrated 58 years of marriage shortly before Marilyn’s death in 2016.  They made their home in Starbuck.  They were blessed with four children – Randy, Marla, Jill, and Ann, 12 grandchildren and 4 great-grandchildren.

Bud loved his family and managed to attend as many of his children’s and grandchildren’s events as possible. He enjoyed sports of all kinds and was an avid fan – especially of the Minnesota Twins and anything that happened to be broadcast at the time.  He loved to play golf.  He served faithfully on the Starbuck Fire Department for 20 years.  He was active at Fron Lutheran Church and served as a deacon.  He was a member of the Starbuck American Legion.

Bud passed away on Tuesday morning, July 10, 2018 at Glacial Ridge Hospital in Glenwood, MN at the age of 90.

To order memorial trees or send flowers to the family in memory of LeRoy "Bud" Quitney, please visit our flower store.